Home > Sport in the fast lane 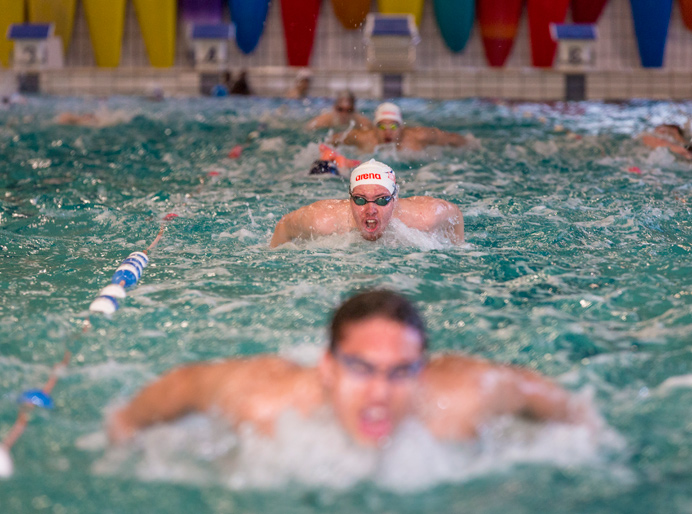 Sport in the fast lane

Sport in the borough should have a bright future thanks to investment of more than £65million in new facilities.

In the last four years Ealing Council has spent more than £30million in new sports facilities; with plans to invest more than £35million over the next three years, providing a lasting and sustainable legacy for residents following the London 2012 Olympic and Paralympic Games.

The council has been working to a plan aimed at increasing participation in sport and recreational activities for people of all ages across the borough.

After having the opportunity to host some of the Olympic torch relay before London 2012, the council pledged to create more opportunities for residents to play and enjoy sport across the borough.

National body Sports England has approved these plans and recognised the council’s established system of working in partnership with community groups and sports developers as a model of good practice for other local authorities to follow.

Diving in at Gurnell

Following the success of the £15million Northolt Leisure Centre and £18million Everyone Active Acton Centre in recent years, the council plans to invest more than £37million in the redevelopment of Gurnell Leisure Centre in Ruislip Road East.

Subject to planning permission, the new centre would be due to open in 2019. The old one would close in 2017.

For more on the redevelopment of Gurnell, read this article.

The council is working with William Perkin High School to create a £2.8million youth sports development centre in the heart of Greenford for its schools and residents to enjoy.

Perivale Park is also getting a £440,000 makeover to replace the pavilion, which will bring back into full use the site’s grass pitches for cricket, football and Gaelic football.

Middlesex Football Association plans to move its headquarters to Rectory Park in Northolt later this year if its £2.8million plans get approved to build a new pavilion, install two new artificial football pitches and create a community space.

An old, derelict building in Popes Field in Ealing could be rebuilt in a scheme costing around £500,000. Subject to planning approval, it would include building a new pavilion and also provide better grass pitches for football and new cricket wickets.

The council, with funding from the Football Foundation and Sport England, has given Pitshanger Park in Scotch Common, Ealing, a £650,000 makeover, including a new pavilion and grass pitches for Pitshanger FC to use.

The council has been recognised for the successful partnership it used for reinvigorating Spikes Bridge Park in Southall. The first of its kind, it bought the council together with a community organisation, Southall Community Alliance, and a sports charity, London Tigers. The £2.3million project transformed an unloved and underused park into a local sports hub.

Work will soon begin on Durdans Park Cricket Ground. The £500,000 project will replace demolished, derelict facilities with a new pavilion and improved cricket wicket and football pitches. The council has a project partner, Ramgarhia Sports and Social Club.

One of the biggest sports renovation projects planned for Southall over the next few years will be the £20million redevelopment of Warren Farm. Under the development agreement, QPR will build a new multi-purpose community sports complex and elite training facility, which will provide a base for the club’s training academy as well as give local people access to high-quality community and sports facilities.

Gunnersbury Park sports facilities will be improved over the next year with nearly £10million already committed to build a new indoor sports hall, changing rooms and education space. The plans will also include new floodlit, artificial grass pitches for football, as well as new cricket wickets and floodlit tennis courts.

Working with local developers and Old Actonians Sports Club, the council has been able to build a new sports hub at Boddington Gardens Pavilion and create a new sand-based artificial grass pitch for hockey and other sports.

‘Vital for now and for the future’

Council leader Julian Bell said: “Each one of these projects is vital for improving health and sporting opportunities for people in the borough: For now, and for generations to come. It will represent a true and lasting legacy from London 2012, which we were so keen to build on. We have been lucky to work with excellent funding partners such as the London Marathon Charitable Trust, Sport England, Football Foundation, and Mayor’s Legacy Funding. And our community partnerships have proved to be a huge success. Long may such local teamwork continue.”