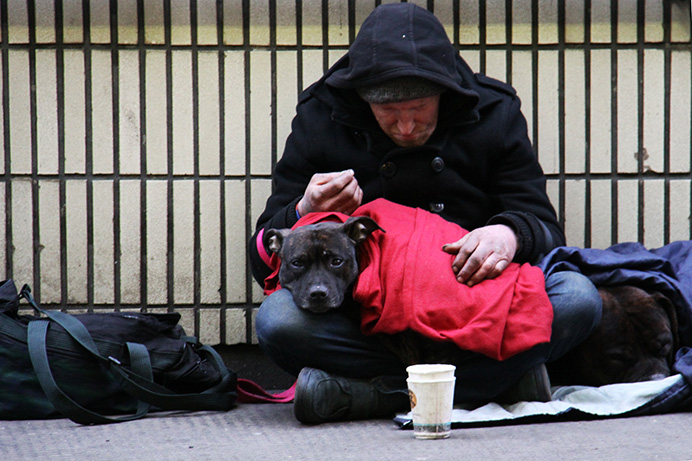 Helping those homeless and sleeping rough

As anyone who has been out and about in the city at night-time will know, rough sleeping is still a serious problem across London. It has more than doubled in the capital over the last decade, with hundreds of people bedding down for the night outside.

The issue is not restricted to the city centre. Ealing is in the top 10 of London boroughs for rough sleeping, and the council encounters more people who have to resort to living on the streets every week.

Some good news, however, is that the numbers are going down. Thanks to new ways of working from Ealing Council and its partners, its annual count of rough sleepers found 20 last November – down from 33 in the same month in 2018 and 62 in 2017.

There are a number of factors behind the diminishing numbers.

One is the increased support the council has been able to offer rough sleepers through grants it has bid for and won from the government. Extra funding for cold weather staff has helped get people off the streets quickly. It has also enabled Ealing to open a shelter for the entire period from January to March while the weather is at its coldest, which is run by the charity Look Ahead.

Another is the quality of the council’s outreach service, which is run by the homelessness charity St Mungo’s.

The outreach team makes good links with local charities, such as Hope for Southall Street Homeless and Ealing Churches Winter Night Shelter, to help rough sleepers to move away from the streets and lead more settled lives. Staff visit street sleeping hotspots, focusing on helping people as early as possible, before they become entrenched in a rough sleeping lifestyle.

Since October, a rapid response team has been on Ealing’s streets every night helping people who have been flagged as a concern by members of the public.

They offer emergency support for everyone they find who is homeless.

Councillor Peter Mason, the council’s cabinet member for housing, planning and transformation, said: “We are working hard to ensure everyone who needs a bed for the night in the borough can access one. No one should have to sleep rough. Although our efforts have seen a big drop in rough sleeping in the borough, we will not rest until everyone has a safe and secure roof over their heads, and the support they need to stay off the streets.”

PREVENTION IS BETTER THAN CURE

Rough sleepers only make up a tiny proportion of homeless people in the UK. More than 2,500 local families have found themselves homeless, usually because they have been priced out of the local rental market. Like all councils, Ealing has a duty to support anyone who is already homeless and to make sure that children and vulnerable people have somewhere safe to live.

Ealing Council stands ready to step in to support any local people who find themselves in the awful position of having nowhere to live.

So, while the council still works hard to help those in crisis, it now places prevention at the heart of its new strategy for tacking homelessness. This means working with families at the earliest opportunity, often several months away from eviction and homelessness, to stop them from losing their homes. This approach is working – last year, Ealing diverted a larger percentage of at-risk households away from homelessness than any other London borough.

Councillor Mason said: “I know from personal experience what it’s like for a family to fall on hard times and need help when they are homeless. Ealing Council stands ready to step in to support any local people who find themselves in the awful position of having nowhere to live. Becoming homeless is a traumatic experience and asking for help can feel incredibly hard. This is why our priority is to prevent homelessness in the first place.”

How you can help

If you are concerned about someone sleeping rough, go to www.streetlink.org.uk as soon as possible to help connect them with their local outreach team.

Want to donate to a local night shelter? We have two in the borough:

If you are concerned about your own housing situation, contact the council’s housing advice service on 020 8825 8888 or housadv@ealing.gov.uk