Home > Shisha smoking can be ‘as bad as 100 cigarettes’ 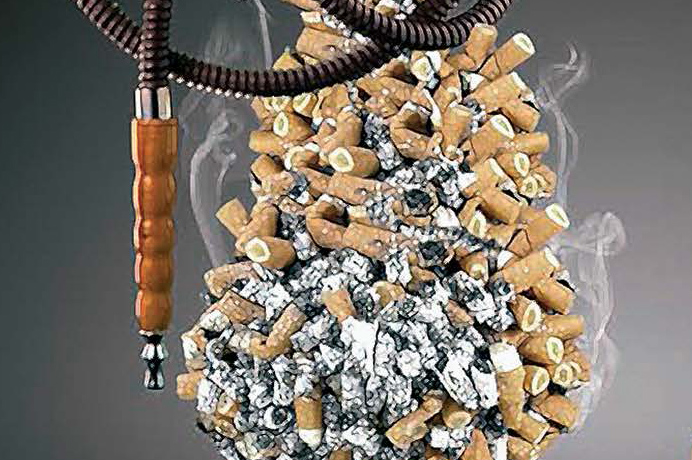 Shisha smoking can be ‘as bad as 100 cigarettes’

The popularity of shisha smoking is rising and, alarmingly for users, research has found it can be as harmful as smoking cigarettes.

In fact, according to a World Health Organization report, one shisha session can be the equivalent of smoking 100 cigarettes.

Infectious disease can also be transmitted through the sharing of the same mouthpiece, such as oral herpes and tuberculosis.

The second-hand smoke can harm others. Therefore, businesses serving shisha water pipes need to have smoking areas that comply with the smoke-free laws, including being at least 50% open-air to allow the smoke to escape. Ealing Council is offering advice, as well as cracking down, if companies do not meet these regulations.

Tobacco-free or herbal shisha is not safe either – users are still at risk from the carbon monoxide and any toxins in the coal or charcoal used to burn the shisha.

He said: “Many people believe shisha is less harmful than cigarettes, because of its fruity taste or because the smoke passes through, and is somehow filtered by, water. Not only is this perception incorrect, but it’s opposite to what our research has found.”

Ealing Council has also identified shisha as a problem among local school children. A recent survey revealed that about 8% of 13 and 15 year-olds have smoked shisha.

“Shisha tobacco use is worryingly popular among secondary school and university students of ranging ethnicities, particularly in London,” said Dr Jawad. “Even though it’s illegal for under-18s to buy shisha in the UK, about a third of under-18s who have tried shisha took their first puff illegally in a café.

“It’s important that the community is aware of the harmful risks of shisha tobacco use so informed decisions can be made.”

Want to stop, or cut, your habit?

For advice or help to cut down, or quit, your smoking visit www.nhs.uk/smokefree