Home > Save our hospitals petition launched 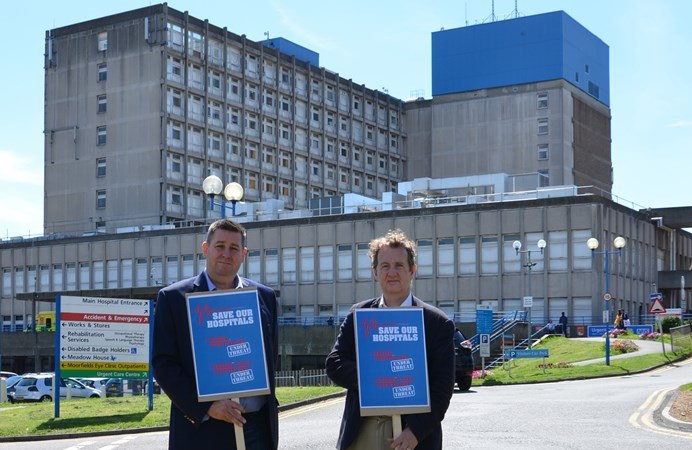 Save our hospitals petition launched

The leaders of Ealing and Hammersmith & Fulham councils, Councillor Steve Cowan and Councillor Julian Bell, launched a petition to halt the partial closure of Ealing and Charing Cross hospitals

This partial closure would result in the loss of vital services, including blue-light accident and emergency services.

Under the ‘Shaping a Healthier Future’ proposals, there will be no critical care, acute beds, blue-light ambulances, Accident and Emergency, maternity units or children’s ward in either hospital. The remaining urgent care centre at Ealing would be led by GPs, not consultants.  More than 500 beds would be lost across north west London, with more than half of those going from Ealing hospital, leaving it with just 50 beds.

Accident and Emergency services at Central Middlesex and Hammersmith have already closed, and maternity and children’s Accident and Emergency have been closed at Ealing Hospital. This means that many patients across north west London will have to travel further to receive treatment.  For many Ealing residents, journey time by public transport to the nearest remaining A&E will be at least 40 minutes.

Councillor Julian Bell, leader of Ealing Council said: “With no blue-light A&E, no maternity, no children’s ward, no acute beds and an 80% reduction in beds overall, no local resident will recognise the husk that will be left at Ealing under these proposals as a ‘hospital’. To argue that what will remain is a ‘local’ hospital is the biggest con of all.

“At a time when Ealing’s population is growing and the pressures on the local NHS are already so acute, stripping away vital services and capacity is nonsensical. A&E waiting times in north west London are already amongst the worst in the country and these proposals threaten to make that worse. I’d urge Ealing residents to show their opposition to these reckless plans by signing the petition to the government, urging them to think again and save Ealing and Charing Cross hosptials.”

The petition is available online at www.sohpetition.co.uk .  It is due to close early next year at which point it will be delivered to the government.

Sign up to receive alerts on the Save our Hospital campaign at www.ealing.gov.uk/soh

There will be a rally on Saturday 30 September at Ealing Common to demonstrate the scale of local opposition.