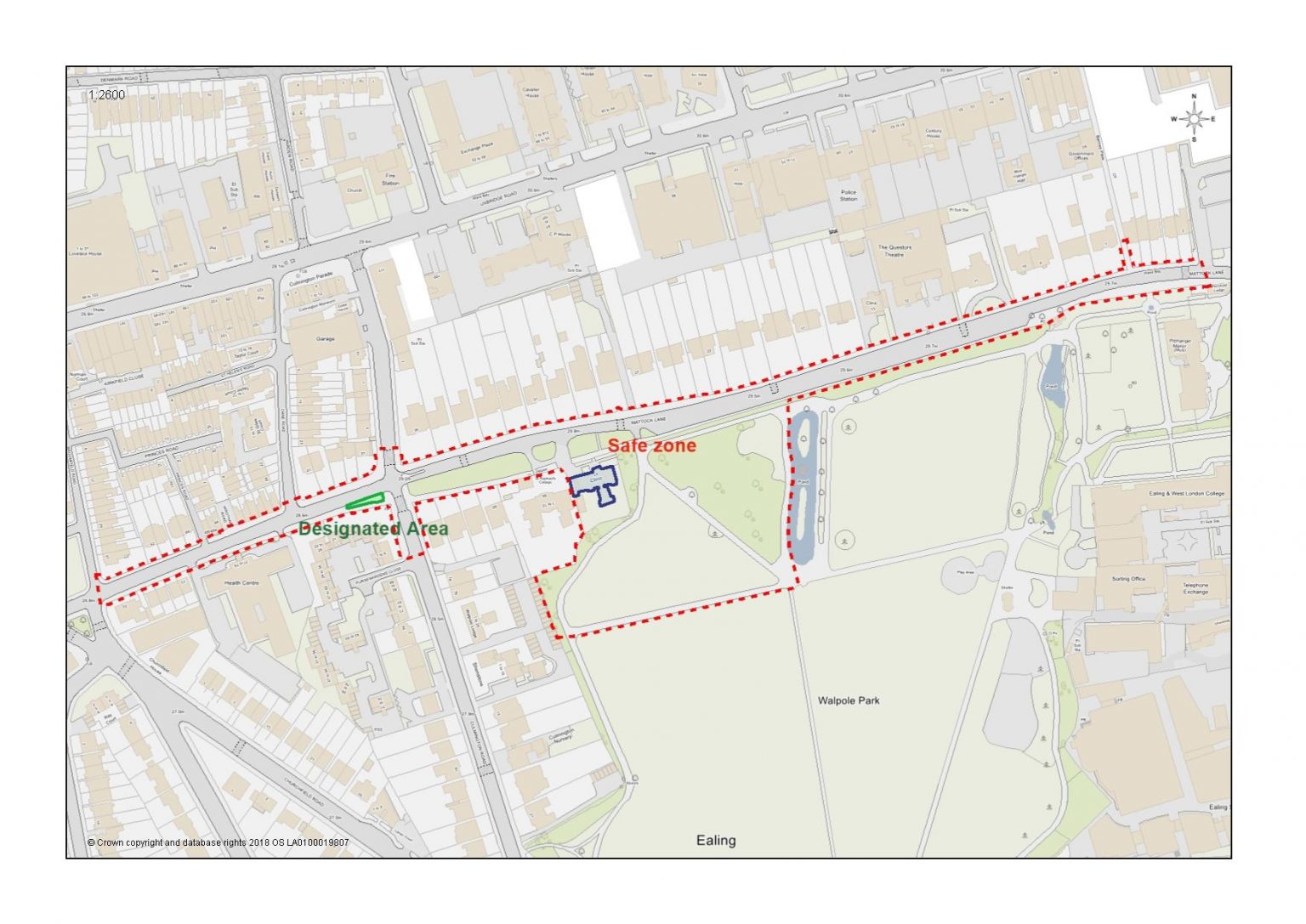 The council has decided a safe zone around a clinic in Ealing should continue to be in place until at least 2024.

The Mattock Lane Safe Zone public spaces protection order (PSPO) was due to end in April 2021 after three years in place. But this decision extends it to run for another three years, until 10 April 2024.

The current PSPO was the first of its kind outside a clinic in the UK and breaches of it can result in a fine or lead to prosecution.

It was put in place in 2018 after it was evidenced that protesters outside the clinic had been having a detrimental effect, of a persistent and continuing nature, on the quality of life of those in the locality, including residents, visitors to the clinic, clinic staff and those passing through the area.

Judges later rejected appeals by the protestors against the PSPO.

A public consultation ended on 18 January 2021 on whether or not the PSPO should continue; and, the council’s cabinet considered this feedback before coming to a decision at a meeting this week (Tuesday, 9 February) to extend the order until April 2024.

Councillor Joanna Camadoo-Rothwell, the council’s cabinet member for community safety and inclusion, said: “Since we introduced the safe zone in April 2018, it has worked well and we have seen a dramatic reduction in activities having a detrimental effect, along with a significant improvement to the quality of lives of local people.

“This decision to extend the PSPO will ensure that our community and clinic users continue to be protected from the intimidating and harrassing behaviour previously demonstrated, which would otherwise likely reoccur.

“I remain proud that we created the country’s first safe zone of this kind. We now need to see government take action and extend this protection at national level.”

A designated area created by the PSPO to the west of the clinic was created to enable the various groups involved to continue their activities subject to certain restrictions. Outside of the area covered by the PSPO there are no restrictions in place.

A full copy of the PSPO and a high-resolution map detailing the area it covers, the location of the clinic and the designated zone is available to view. The evidence and documents available to the council when the order was made in April 2018 can also be viewed.

Like all decisions by the council’s cabinet, this project is subject to final approval call in.