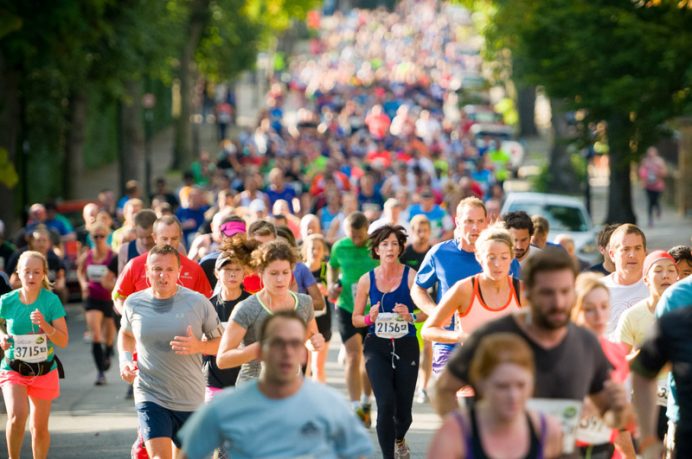 Ealing Half Marathon is in the running to be declared the best half marathon in the UK for the fourth year in a row – and you can help it to victory by voting.

It is well known for its huge community support and atmosphere, with runners travelling from all over the country, and abroad, to experience it. The race has been voted the UK’s best half marathon for three consecutive years, and is a firm fixture in the autumn running calendar.

It won the ‘Best Half Marathon in the UK’ award at the Running Awards in 2014, 2015 and 2016. It is shortlisted for the same honour this year – and voting closes next week, on Thursday, 13 April. You can place a vote online.

It proved a big success and the not-for-profit Ealing Half Marathon CIC (community interest company) was set up to organise and manage it. It has continued to grow every year – and last year there were around 8,000 runners, 700 volunteer helpers and up to 25,000 spectators.

Over the past five years, the Ealing Half Marathon has helped raise more than £1million for charity; and the CIC has done presentations to thousands of school pupils to talk about the benefits of running; and has helped community groups across the borough, and at least one school, set up running clubs.