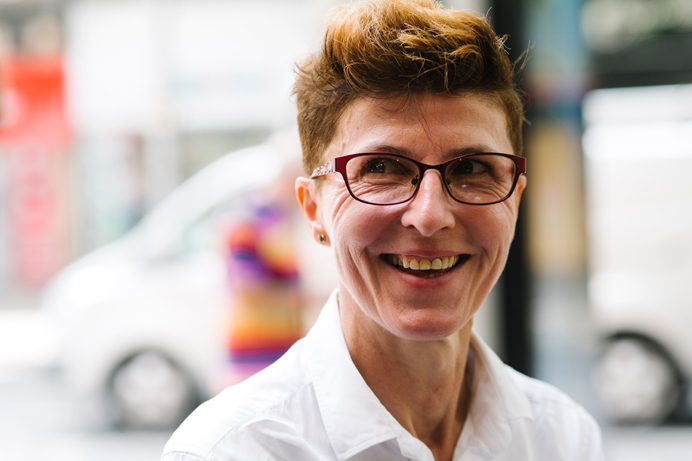 When we met Joanna she was about to head to the O2 Arena to work at a Queen concert; an appointment she was able to keep thanks to the help of the council’s WEST scheme. She has also rubbed shoulders with real royalty…

WEST (which stands for work, education, skills and training) has helped hundreds of local people into jobs or training since it was set up by the council in 2015, with the support of the Mayor of London.

Through its personalised, one-to-one advice and support, WEST helps create a route back into work for those who are unemployed – through finding training opportunities and providing advice; and also by helping with their job search and CV and even their interview skills.

‘I was very down and stressed’

Joanna Gluchowska of Ealing was put in touch with WEST through a local Job Centre after finding employment hard to come by following a period of ill health and losing her confidence. Employment and training adviser Gulshan Sangha then helped her to find a path towards a new career.

“I was very down and stressed,” she explained. “And when I first met my adviser Gulshan I didn’t really know what industry I wanted to work in. She showed me a lot of patience and was so helpful. She was so good for me.”

The effects of Brexit also worried Joanna and made her anxiety worse. She is originally from Poland and, despite living and working in the UK for 13 years, she wondered what the future held for her and what impact it would have.

‘The scheme made all the difference to me’

With WEST’s guidance, Joanna did some volunteering in a charity shop and then did some work with Royal Mail; it helped her to build her confidence. And an English language course boosted her communication skills.

It was then that Gulshan suggested working at events as a steward and Joanna underwent a course for some training. She has not looked back since – finding some work experience and then, eventually, gaining a job with the Persona security company this January. In the subsequent months she has been working at a dazzling array of events – from the royal wedding of Harry and Meghan in Windsor, to music concerts at large venues across London; and from a festival on the Southbank to the Queen’s Club international tennis tournament.

It has allowed her to choose her hours and to build her confidence further. She now intends to get further industry qualifications and to take her career further.

“This scheme made all the difference to me,” she said. “I am a practical person and like to learn as I am doing things, and I have been learning a lot of things – including all kinds of people skills like teamwork, communication, patience and organisation.

“I am really happy.”

WANT TO FIND OUT MORE?

If you are unemployed, living in the borough and more than 18 years old, WEST can help. Regular one-to-ones are run in community centres and libraries across the borough, by appointment only.