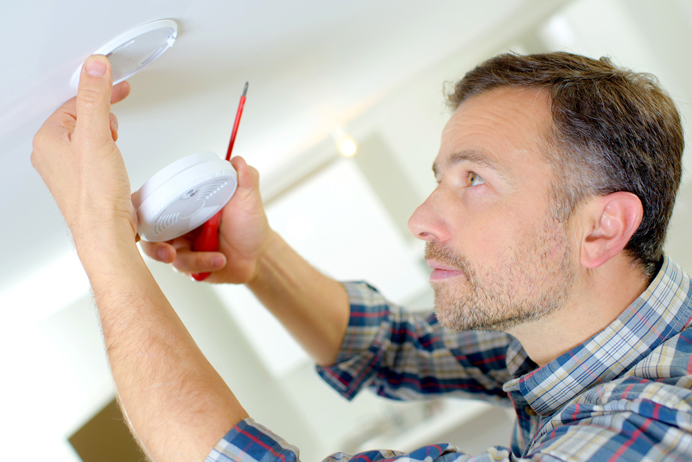 More than £8million has been spent on improving fire safety in council housing in the borough since 2016.

The upgrades being undertaken by Ealing Council include the renewal of doors and doorframes, on front entrances and in communal corridors – as well as those protecting staircases, and other protection screens and fire doors.

Work to make sure each flat is correctly sealed has also been carried out, where necessary. This work is called ‘fire stopping’ and helps prevent a fire from spreading from flat to another.

All the work has been independently inspected and certified.

By the end of June 2018, fire improvement work will have been completed in 35 residential blocks, and the council would have installed more than 3,000 new doors. The third year of this ongoing programme is about to begin.

June will bring the one-year anniversary of the tragic events at Grenfell Tower in the neighbouring borough of Kensington and Chelsea.

Officers from Ealing Council were among the first to go in to assist at Grenfell as part of the multi-agency response effort after the fire.

None of the housing blocks owned by Ealing Council had cladding of the type found at Grenfell Tower, but fire safety advice is regularly provided to all council tenants and leaseholders.

In the council’s sheltered housing blocks, as extra precautions for older tenants, the alarm systems have also been upgraded and are monitored 24 hours a day, seven days a week.

Meanwhile, in housing for vulnerable residents, ‘misting systems’ have been installed. If there is a fire, it emits a mist of water that subdues the fire by ‘suffocating it with steam’.

It causes less water damage than sprinklers cause to a property (and to neighbours’).

Fire safety is important for everyone and the London Fire Brigade recommends everyone installs at least one smoke alarm in their home. There are other tips too at www.london-fire.gov.uk/safety/the-home

Councillor Peter Mason, cabinet member for housing, planning and transformation, said: “Smoke alarms provide a vital early warning of fires and can allow you extra time to escape if there is one in your home. In a short DIY video our home maintenance expert can show you how to fit one at ealingnewsextra.co.uk/features/diy-smoke-alarms

“Landlords are legally required to install smoke alarms in rental properties and could face fines if they fail to comply.”