Home > Planting more than a thought in your neighbourhood 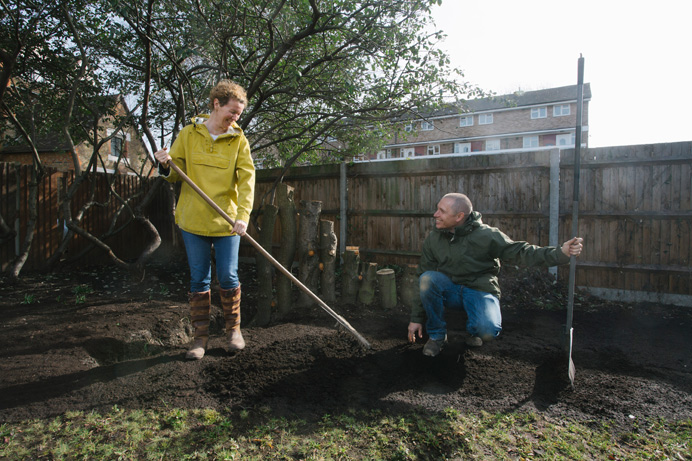 Planting more than a thought in your neighbourhood

It is possible for you to transform a space in your neighbourhood with money from a special fund that has been helping residents restore unloved corners and bring them back into community life. You have a month left to submit ideas.

The third round of the council’s Transform Your Space scheme is welcoming ideas from people until 23 July, and then a panel of judges will start deciding who should be awarded a share of the money.

You will need to show the community’s support for your proposed project through crowdfunding. For more information go to the council’s Bubble website for community projects at www.dosomethinggood.org.uk or email bubble@ealing.gov.uk

How it can work: The meadow in Hanwell

One group of residents won money in the second round of the scheme in late 2015 to rejuvenate and reclaim a small area near St Mark’s Primary School in Old Hanwell. They wanted to make it a beautiful, communal space for everyone to enjoy.

The small green opposite Du Burstow Terrace was used as a walkthrough by school children, neighbours and dog walkers. Unfortunately, it had fallen into disrepair and sometimes attracted street drinkers and anti-social behaviour.

Thanks to £46,300 awarded to the project by the council’s Transform Your Space programme, the group is now putting the finishing touches to the area they have renamed Katherine Buchan Meadow.

The name commemorates Katherine Buchan, who built and maintained four almshouses for women on the site in 1876. Her daughter later added another six, which remained for almost a century before being pulled down in the 1970s.

It officially opened in April, and Katherine Buchan Meadow has been a labour of love for two years.

The residents have removed broken seating and a tumbledown timber wall buried under overgrown shrubs; cleared sacks of litter and discarded bottles; uprooted weeds; and cut back unwanted growth.

In their place have come a reformed mound, which is bordered by a rerouted and resurfaced pathway, a new, curved bench and the planting of a ‘pictorial meadow’ planted with wild flowers and framed on two sides by a beech hedge. A circular seat has been placed around one of the existing trees opposite the side gates of St Mark’s Primary School.

Meanwhile, a loggery for stag beetles to live and thrive in has been created in one corner – where a couple of the creatures were found during work.

‘It was a bit of a lost space’

Amanda Rutkowski and neighbour Sim Flemons were the project’s co-founders – and co-designers of the meadows. Sim acted as the landscaper, using his professional gardening skills. He said:
“In the past this area was a bit lost space and was not used benefi t of the local community.

“It’s all been about getting people to engage again with the space and we’ve had tremendous help from local volunteers and had 20-30 people helping to clear shrubbery and prepare the ground at two events. After that we were able to install the benches.

“It will be a beautiful meadow area for much of the year. Hopefully people will be inspired to have it and we can all work together after it in the future.”

Amanda agreed and “I’ve lived locally years and have seen this area as somewhere that’s been a little unloved. I wanted to do something that allowed the local community to get the best out of it and, alongside Sim, started the process. We’ve worked hard to make sure the meadows are the best they can be for wildlife, including stag beetles, butterflies and bees.

“The process of the Transform Your Space initiative involved successfully crowdfunding our own contribution, and making a presentation to the council, which secured our bid.

“We want to expand this project and are working hard to ensure that as many parts of the community as possible can engage and take ownership of this space, and others nearby.”

Feeling inspired? Then get involved

Councillor Bassam Mahfouz, cabinet member for environment, transport and leisure said: “Thanks to Amanda, Sim and all the residents who have contributed to this brilliant project, this previously underused and neglected open space now boasts a community space everyone can be proud of.

“This is a really good example of how Transform Your Space can work and I’m proud of the results of this partnership between residents and the council.

“The next phase of Transform Your Space is open and I encourage anyone who has an idea to improve their neighbourhood to get involved.”