Home > Turning the Piggeries into a silk purse 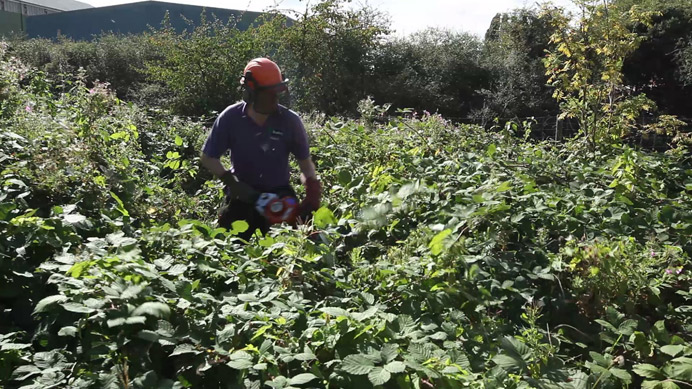 Turning the Piggeries into a silk purse

A group of residents, with the help of the council, has been steadily constructing a ‘fruit route’: A waterside trail of fruit trees and wildlife habitats. In the process they are also beautifying a strip of land that, in places, had become almost lost to sight.

The Piggeries Orchard was one of four projects to receive funding as part of the council’s second Transform Your Space funding scheme earlier this year. The council had asked residents to submit ideas for how to change neglected spaces into places for the whole community to enjoy. The third Transform Your Space scheme is being launched in December (see the winter 2016 edition of Around Ealing magazine for more details).

Work has begun on the Piggeries Orchard project, which forms part of the Hanwell and Norwood Green Orchard Trail being created by a group of the same name along the Grand Union Canal.

The group is creating two-and-a-half miles of fruit trees, either side of the canal – from Osterley Lock in Elthorne Park to the Three Bridges monument in Southall. It is known locally as The Piggeries.

Work initially started on the trail in 2015, as we reported at the time, at Trumpers Field, Jubilee Meadow and Blackberry Corner. The £15,000 received from Transform Your Space has been making a difference in terms of completing the route and realising the residents’ ambitions for the project. It has involved clearing a tangled mess of weeds, brambles and nettles, and the planting of the trees. Fencing and a path to let people walk along the route are also on the way.

The council’s park rangers have been heavily involved in the work. It will eventually create a canal-side wildlife haven for creatures like hedgehogs, beetles, birds and bats; and it will be a beauty spot with wildflower meadows, wetland space and, of course, native trees providing fruit foraging for local people.

Railings, two arched entrances and a path, suitable for pedestrians, wheelchair and pushchairs, will open up to the public an area that was largely becoming an inaccessible, overgrown eyesore.

Clive Turner, treasurer of the Hanwell and Norwood Green Orchard Trail, said: “If, as a group, you can identify an underused and unloved space, Transform Your Space is a way to make it more usable and more loved.

“We are keen to encourage others. We would happily give advice to any local group about what we’ve learned through the process. We are also keen on volunteers to help us, so please get in touch.”

Park ranger James Morton said: “I think what makes this project especially good is that it does a number of positive things in one go, with local people from different areas working together and taking responsibility for an aspect of their environment, along with the promotion of outdoor activities and healthy eating, and the benefits to wildlife.”

Find out more or get in touch

You can visit the Hanwell and Norwood Green Orchard Trail website, or the Hanwell Orchard Facebook page, or email HanwellOrchard@gmail.com