Home > Our boundary lines could change 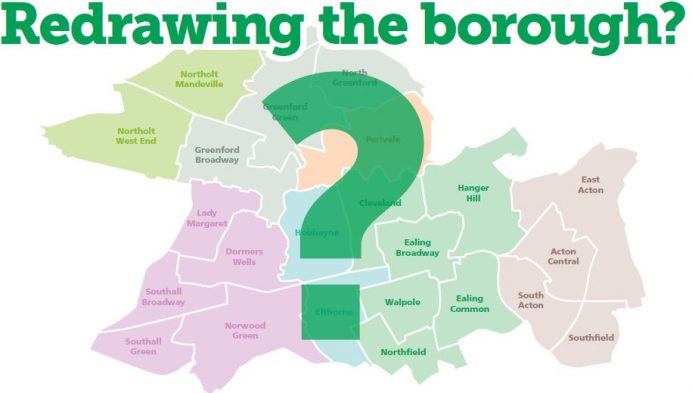 Our boundary lines could change

The boundary lines of parts of our borough could be redrawn as part of a review that also considered the number of councillors representing our borough.

The first part of the review, by the Local Government Boundary Commission, has already taken place. Officers looked at the number of councillors and wards required. There are presently 69 councillors, three in each of the borough’s 23 wards. The council submitted its own proposal and, given the growing population of the borough, proposed that roughly the same number of councillors would be required as is currently in place.

The commission agreed with the council and recently announced that 69 councillors would continue to represent the borough.

Now for your help…

Ward boundaries will constitute the second part of the review and the commission wants to hear your views on where these boundaries should fall – particularly on barriers that a ward should not cross, such as a very busy road or a river.

They are also keen to know if you feel that there is a ‘natural community’ which should form all, or part of, a ward. A natural community could be streets located around key areas such as a school, high street or park which might currently be split and divided by an existing boundary.

During September and October the council will be pulling together its own proposal for the commission to consider.

Local people have until 5 November 2018 to submit their views in this consultation.

You can read more about the review and use the interactive maps at www.consultation.lgbce.org.uk and www.lgbce.org.uk. You can also submit your views by email direct to reviews@lgbce.org.uk

If you would like to submit your views to inform the council’s proposal to the commission, please email Keith Fraser at fraserk@ealing.gov.uk

The commission will then publish its own recommendations by a deadline of 18 March 2019. There will be a chance to respond to these plans before the final boundary maps are published in May and sent to Parliament to agree in June. The 2022 local elections will then be held using these new boundaries.