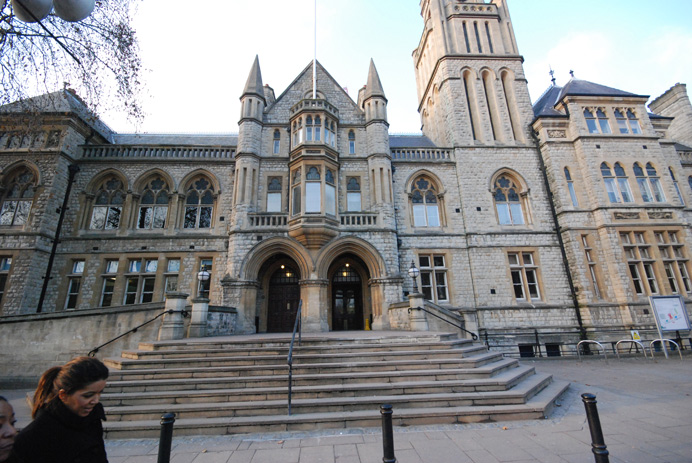 Ealing Council’s new cabinet has set out a number of changes in direction and new priorities and has pledged to create a more open and transparent way of doing things – with residents at the heart of decision-making on policy. Here are some of the first actions they have taken.

Ealing Council’s new leadership team has reassured local people in all low traffic neighbourhood (LTN) areas that they will have the final say on the trial schemes.

This will be achieved by a consultation on each LTN in the borough, keeping schemes that work and are supported, and removing those that do not.

The council has already announced the end of the trial West Ealing South scheme (LTN 21), following the decision by Hounslow Council to close Swyncombe Avenue for two months. The council will be looking to consult on smaller sections of LTN 21 that local people have said are successful. Residents will be consulted before implementation, and nothing will be installed until after they have had the final say.

The new cabinet has reiterated its commitment to active travel and tackling climate change. School streets, cycling infrastructure and low traffic neighbourhoods are all part of its agenda to tackle the climate emergency.

‘Being honest about what works and what doesn’t’

Council leader Peter Mason said: “Ealing Council promised to listen to local people’s views on active travel initiatives like LTNs, and we have done just that. The decision on LTN 21 has been brought forward because of the closure of Swyncombe Avenue and we will be ending the trial this weekend.

“Remaining LTNs will be subject to a CPZ style consultation, with a vote for local people on whether they think the LTNs will work in their neighbourhoods.

“I’ve pledged that the council I lead will be open, transparent and inclusive. That means being honest about what works and what doesn’t.

“This decision is about giving local people control over change in their neighbourhoods. Our commitment to tackling the climate emergency and enabling active travel and cycling remains unchanged, but we know we must take people with us.”

‘Tackling climate emergency means we will all have to make changes’

Councillor Deirdre Costigan, cabinet member for climate action, said: “We are more committed than ever to tackling the climate emergency and reaching our goal of net carbon neutral by 2030. But tackling the climate emergency means we will all have to make changes to our lives, and as a council we will need to work much harder to persuade and encourage people to reduce reliance on unnecessary car journeys.

“Implementing active travel initiatives without community support is unsustainable – we can’t do this without the support of local people.

“We know that people in Ealing want a cleaner, greener borough with less traffic and congestion, with different views on what we need to do to get there.

“We look forward to working with the thousands of people who have become more passionate and engaged in the future of their neighbourhoods because of the LTN debate to make our borough a better place to live for everyone.”

Read more in the council’s press release and watch a video of Councillor Mason explaining the cabinet’s views.

The new administration has committed to implementing the recommendations of the Ealing Race Equality Commission in full; and has given its chairman Lord Simon Woolley backing to continue taking a tough and independent approach.

‘At the very heart of everything we do’

To back this up, Councillor Aysha Raza was appointed as the council’s first ever cabinet member for tackling inequality. She said: “We are putting tackling inequality at the very heart of everything we do as a council. I will be focusing on reducing the inequalities that hold back far too many of our communities and fighting the hate and discrimination that has no place in our borough.”

Councillor Mason said: “We can only fight racism and inequality by having difficult conversations and listening to those affected. We need to interrogate ourselves as a council and wider public services and institutions in Ealing to make sure that our borough is a fairer and more equal place for everyone.”

Watch a video of Councillor Raza and the council leader speaking on this subject on the council’s YouTube channel.

Councillor Raza promised to: “Investigate and implement the findings of our Race Equality Commission; to be unafraid of the difficult conversations that we need to have to look at what we can do to support our black children on estates who are more likely to be excluded from school; to provide safe and secure provision for gypsy, Roma and traveller communities; and to fight the inequalities that mean South Asian children growing up in intergenerational households in Southall lose their grandparents before their white classmates do.”

The council will be taking a new approach to development that will put community-led development in the driving seat of regeneration – and make the process as transparent as possible.

This approach will ask more of developers, focusing on bringing back good jobs and employment for local people, re-greening neighbourhoods and maintaining genuinely affordable homes as the priority for any developer looking to build in the borough.

Among the planned measures will be an immediate review of council policy on tall buildings; new town development plans created with communities; a publicly accessible register of any meetings between developers and councillors; and the mayor of London, Sadiq Khan, has been asked to help produce a new vision for the development of Southall, revoking the Opportunity Area Framework.

‘Communities will be in the driving seat’

Councillor Mason said: “COVID-19 has changed the way we live and work forever. We’ve spent more time in our local areas than ever before; more of us are working from home and lots of us either want to keep it that way or to work more locally and flexibly. People are feeling more invested in the future of their neighbourhoods than ever before.

“Many people don’t feel in control of the areas they live in, and I want to change that. From now on, communities will be in the driving seat when it comes to regeneration in Ealing. Local communities need to lead the process of changing our borough, not developers.

“I want to ensure that local people know their council is on their side and to build an open, transparent and inclusive culture. That’s why I’m announcing steps to make interactions with developers more transparent.”

Read more in the council’s press release and watch a video of Councillor Mason explaining his plans.

Councillor Shital Manro, cabinet member for good growth, added: “We have a long and proud history of industry and creativity in Ealing, and our borough should be a place where people can live and work in good, well-paying jobs. Space for jobs and employment will be at the heart of our new approach to regeneration.

“We look forward to starting a conversation with local people about what they want to see happen in their communities, and how we can shape the future of Ealing together.”

Council leader Peter Mason has written to members of residents’ group CASH setting out the urgent steps he has instructed officers to take to address issues of air quality around the old Southall gasworks.

The wide-ranging measures that council officers are now going to be carrying out include: Commissioning legal advice on the feasibility of a statutory abatement notice; giving CASH the opportunity to be involved in deciding the contract for monitoring air quality; drawing up a plan to include CASH and the wider community in developing an air quality strategy for Southall; and starting work on setting up independent complaint monitoring.

‘Residents have genuine concerns about their health’

Councillor Mason said: “I am very aware of the genuine distress and concern that has fuelled CASH’s remarkable campaigning efforts.

“Local residents have genuine concerns about their health and that of their families from the impacts of unpleasant odours, dust, noise and traffic. They have also worried about the real impacts on local quality of life which have arisen from a development that many don’t believe will benefit them.

“I have made a commitment to campaign to get the government to acknowledge and change what Gasworks Communities United have already identified – that the powers local authorities have to regulate and monitor brownfield developments are woefully limited.

“Residents must have confidence that we are working to protect their interests and are not unduly swayed by the needs and demands of developers.”

Read more in the council’s press release and watch a video of Councillor Mason talking on the subject.

Councillor Mason visited Warren Farm sports pitches recently to meet members of the Warren Farm Nature Reserve Campaign and the Brent River Canal Society to discuss ideas for the future of the site.

He reiterated the council’s commitment to finding a compromise between delivering sports facilities for residents and protecting Warren Farm’s nature, biodiversity, and role as an important green space for local people.

Councillor Mason said: “Warren farm has been really important to people in Southall and Hanwell during lockdown as somewhere to walk, cycle and have socially distanced meet-ups.

“The changing rooms and pavilion here have been dilapidated for well over a decade and we’ve tried before to bring them back into use but since then, the sports pitches here have been taken back by nature.

“I want to ensure we can preserve the wild character of Warren Farm as a place for local people to enjoy nature, as well as deliver community sports facilities we know people need.

“I think we can find a compromise that the people of Hanwell and Southall deserve, and I am going work to find out how we can get there.”

Watch a video of Councillor Mason at Warren Farm.