Home > No complaints about career path for apprentice 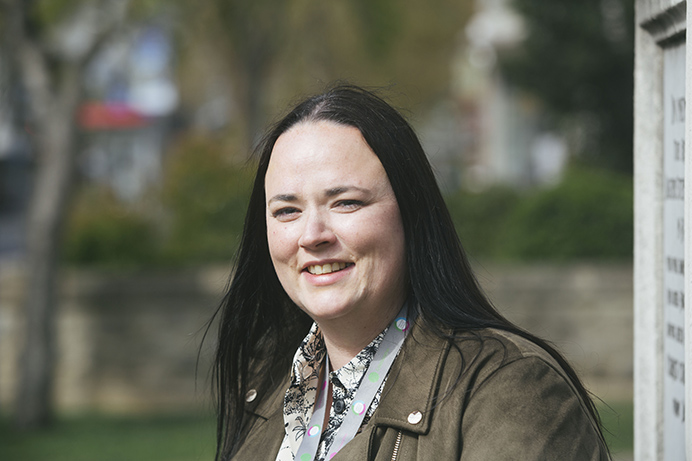 No complaints about career path for apprentice

“I had always thought apprenticeships were for school leavers,” said Natalie Burrage, who became an apprentice at 31 to restart her career after a tragedy made her rethink her future. She is now a complaints officer for Ealing Council’s adults and children’s services.

It is a job she gained after completing a one-year apprenticeship last year. Not only was she given the full-time position at the council in the complaints team, but she was also named Apprentice of the Year.

It was a well-deserved achievement which crowned a process that had taken her on quite a journey.

She said: “I left school early with no qualifications and I started working full time at the age of 18. I spent seven years working at McDonald’s, followed by four years at Ladbrokes. Having three children, I was not really thinking about a career. I just wanted to earn some money and go home to my family.

“In 2018 my husband passed away. I realised that life is short; and I wanted to do more with my life – to better myself and make my children proud.

“I received an Ealing News Extra email [from the council] with information on apprenticeships. I had always thought apprenticeships were for school leavers, but I was happy to see there was no upper age limit requirement. It was difficult to decide whether it would be worth taking a pay cut for a year, possibly more, and work in such a different environment but I decided to apply and see how it goes. I’m so glad I did.”

A successful application led to Natalie attending a workshop and then her starting the apprenticeship in the council team. But she felt nervous.

“When I read the role profile, I was very scared,” she said. “I did not feel that I was confident enough to be working so closely with councillors, residents and the voluntary sector but the team was right – it was the perfect job for me; and I really enjoyed it.

“My confidence has grown so much; and I have met an amazing network of people. After the end of my apprenticeship, I had a choice of two jobs in the council.”

Natalie has enjoyed her role in the complaints team, trying to help people to use the services provided by the adults and children’s departments. She said: “I was a looked-after child under the care of Ealing Council, so I feel like I have a lot of relevant experience to put into the role I am doing now.”

During the apprenticeship, Natalie had to study alongside doing her work and needed to take exams to get key qualifications, but she said the training and advice she received proved ‘very supportive and helpful.’

She added: “An apprenticeship is a great way to start a career and get qualifications. It’s a good foot in the door and Ealing is an amazing place for apprentices.”

Thinking of starting an apprenticeship?

Employers, on our website you can find information about hiring an apprentice and what the benefits would be for your business if you hired one. If you employ an apprentice of any age by 30 September 2021, you can also apply for an incentive one-off payment of £3,000. The apprenticeship team can give you more information.

Whether you want to become or hire an apprentice, the apprenticeship team can help. Email apprenticeships@ealing.gov.uk or phone 020 8825 6234 (Monday–Friday, 9am–5pm).

Like Natalie’s successful move into working for the council’s complaints team, there are lots of similar tales of local people getting work through the apprenticeship scheme. Here are a few examples you can find on our site: