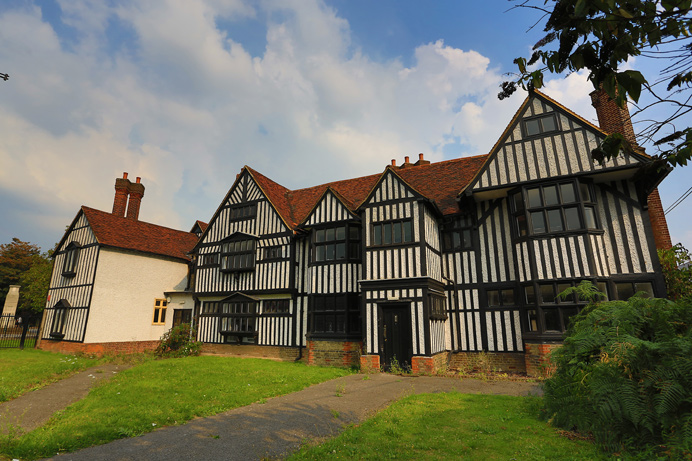 The key restoration and building work at Southall Manor House has been completed. The beautiful Grade II listed building has undergone an impressive transformation that should see it become a centre of excellence for the hospitality industry – for training, learning and as a top restaurant in its own right.

The building has been completely refurbished and extended. The revitalised manor house will boast a restaurant, bar, kiosk café and spaces for events. A new purpose-built kitchen has been constructed, as well as a large conservatory at the rear. And the east wing of the building is being turned into an education and business hub, including conference facilities, meeting spaces and seminar rooms.

Underpinning all of this will be a range of employment and training opportunities, including apprenticeships, to help local people get experience working in a top restaurant and events venue and, thereby, build skills and a career in hospitality or catering. There are also plans to build a network of relationships with other hotels, restaurants and companies, broadening the range of training opportunities in venues across the capital.

The manor house will now be opened in several stages. First of all, it will open for learning activities from late April or May; then, during the summer, some of the events rooms will become available for hire for meetings; and test events will also be held before the restaurant is fully opened – which is due to happen in September.

Ealing Council is leading the manor house project in partnership with Ealing, Hammersmith and West London’s College, with support from the Mayor of London. The council and college are setting up a community interest company to run the enterprise as a not-for-profit business, meaning money it makes will be ploughed back into it rather than to shareholders or owners.

Council leader Julian Bell was at an event held for those involved in the project on Monday (19 March). He said: “It was fantastic to see the transformation of Southall Manor House, which will give a new lease of life to this historic building at the heart of Southall. This exciting project combines Southall’s heritage, in the form of a beautiful restored Tudor manor house, with its present and future – creating a centre of excellence and training for the hospitality industry, rooted in the town’s culinary diversity. The Southall Manor House project will create top class training opportunities, jobs and a great showcase for the fantastic food and hospitality the borough has to offer.”

Guests were treated to delicious canapes made by the college’s hospitality and catering students, ‘mocktails’ and cooking demonstrations, as well as guided tours of the building.

A disused toilet block out the front of the site has been converted into a cafe kiosk and will open in late spring. When the manor house itself fully reopens it will run as a cafe and information point.