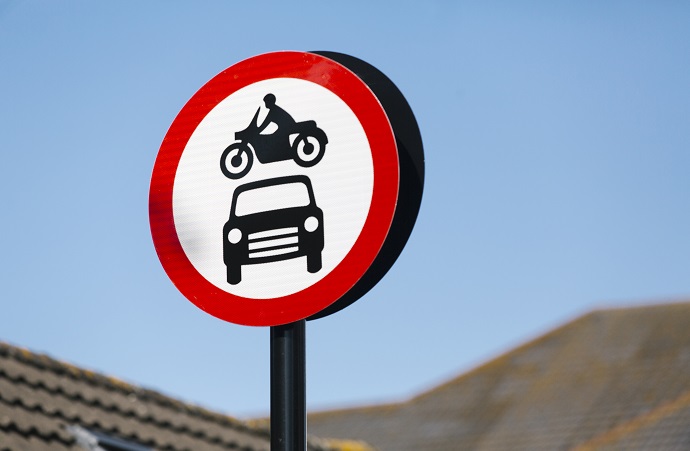 With data showing the majority of contraventions to date coming from vehicles registered outside the borough, the council is moving to ensure that the borough’s LTNs continue to be successful in minimising non-local traffic using quieter residential areas as through-roads.

The schemes are regulated by signage, bollards, planters (wooden boxes of plants and flowers at the end of a road that restrict through traffic and in some cases, CCTV. Camera enforcement locations were introduced following consultation with the emergency services.

No fixed penalty notices (FPN) have been issued in relation to contraventions of LTNs since they were implemented, though the council has been monitoring compliance at road closure locations without physical barriers using CCTV and has been issuing warning letters where appropriate.

From 7 December drivers who contravene LTN measures could face an FPN of £130 or £65 if paid within 14 days. The full list of LTNs subject to enforcement rules can be viewed via the council’s website.

Full enforcement will help the council collect the most accurate data on the trial schemes, which play a vital role in deciding the future of each LTN.

The council has also announced that last month’s interim assessment of LTNs has recommended a number of proposals to improve the way trial LTNs operate in the borough.

They include replacing bollards with CCTV as a means of enforcing the schemes across the borough, as well as making specific changes to certain LTNs. Additionally, it is proposed that blue badge holders would be given exemption from enforcement measures in the LTN they live in and vehicles transporting mobility impaired residents would also be given access.

The council’s cabinet will consider these proposals (Tuesday 8 December 2020) before making recommendations and delegating the final decision on implementation to the director of place delivery.

If the council’s cabinet agrees to progress with these exemptions, details will be announced subsequently of how eligible residents can apply to have vehicles exempted.

The council will also write to blue badge holders to confirm the decision and the date any change would be introduced.  In the meantime, please DO NOT drive through the camera enforced junctions or you could receive a penalty charge notice.

Ealing is one of a number of London boroughs currently trialling LTNs. The government and Transport for London (TfL) funded schemes aim to reduce heavy traffic, create safer, quieter neighbourhoods and make it easier for people to walk and cycle, particularly at a time when COVID-19 restrictions mean it is harder to use public transport.

Each scheme is bespoke to its particular area and is experimental, pending feedback that will enable the council to take an informed view on whether to make each scheme permanent. Local people are encouraged to have their say on LTNs via the council’s Commonplace website. At the end of each scheme’s experimental period, feedback from residents and data from two assessments will be considered before a final decision on each LTN is made.

The council has introduced CCTV enforcement on South Parade in Chiswick near the junction with Fisher’s Lane, where new cycling measures have been introduced. This is to ensure drivers adhere to the restriction at the underpass at Fisher’s Lane that has been introduced to make it safer for cyclists. So far, the new scheme has led to around three times as many cyclists using Fisher’s Lane as part of their journey.

Councillor Jasbir Anand, the council’s cabinet member for environment and climate emergency, said: “We need to ensure that LTNs are successful in reducing heavy traffic in quiet residential areas and with the majority of contraventions currently coming from outside Ealing, full enforcement of the trial schemes will help us do just that.

“We are also working to collect the most accurate data possible on the trial schemes, so fully enforcing them will help make this data far more reliable when we use it to help make a final decision about each LTN.

“We are fully aware that local people have strong opinions about LTNs, both for and against, which is why it is vital that everyone has their say – this feedback will be used to help shape the projects going forward.”