Home > Remembering a local hero for his ‘conspicuous bravery’ 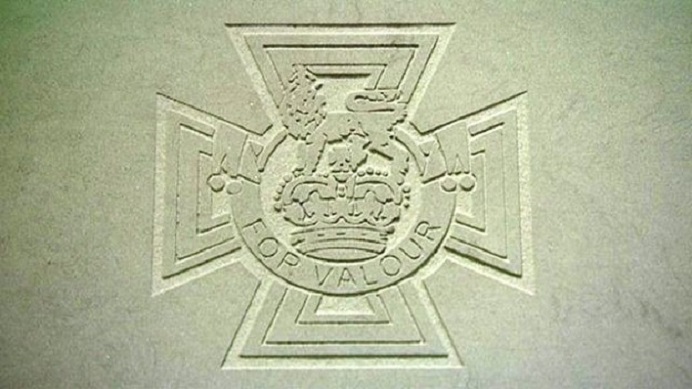 Remembering a local hero for his ‘conspicuous bravery’

On 13 August a paving stone will be laid in Spencer Road, Acton W3 commemorating the Victoria Cross awarded to local hero Robert Spall a century ago for his actions in the First World War.

Every recipient of the Victoria Cross (VC) is remembered with a commemorative paving stone which is laid on or near to the date of the action for which the VC was awarded and in a location that has significance for the recipient.

Robert, or Bob as he was known, was born on 5 March 1890 and lived in Spencer Road with his parents before moving as a child to Canada.

In July 1915, at the age of 25, he joined the Canadian Expeditionary Force and came across to Europe to fight in the First World War.

He achieved the rank of sergeant, a non-commissioned officer rank, in the Princess Patricia’s Canadian Light Infantry and was awarded the VC for his actions in protecting the men in his platoon on 13 August 1918 near Parvillers-le-Quesnoy, France.

His VC citation from ‘The London Gazette, October 1918’ reads:

‘For most conspicuous bravery and self-sacrifice when, during an enemy counter-attack, his platoon was isolated. Thereupon Serjt. Spall took a Lewis gun and, standing on the parapet, fired upon the advancing enemy, inflicting very severe casualties. He then came down the trench directing the men into a sap seventy-five yards from the enemy. Picking up another Lewis gun, this gallant N.C.O. again climbed the parapet, and by his fire held up the enemy. It was while holding up the enemy at this point that he was killed. Serjt. Spall deliberately gave his life in order to extricate his platoon from a most difficult situation, and it was owing to his bravery that the platoon was saved.’

Bob died on 13 August 1918 aged 28 and, sadly, his final resting place has never been identified. He is commemorated on the Canadian National Vimy Memorial with more than 11,000 other Canadian dead whose remains were lost or never recovered.

The paving stone will be laid by the mayor of Ealing, Councillor Tejinder Dhami, at 11am on 13 August. Also in attendance will be council leader Julian Bell, Rector of Acton the Reverend Dean Ayres and military representatives.

Councillor Dhami said: “It is extremely important that we never forget the outstanding sacrifices made during the First World War.  I am honoured to lead this ceremony paying tribute to the exceptional bravery of Robert Spall.”

The commemorative paving stones are provided by the Department for Communities and Local Government and include the name, rank and regiment of the individual (at the time the VC was awarded) and the date of the action for which the VC was awarded.