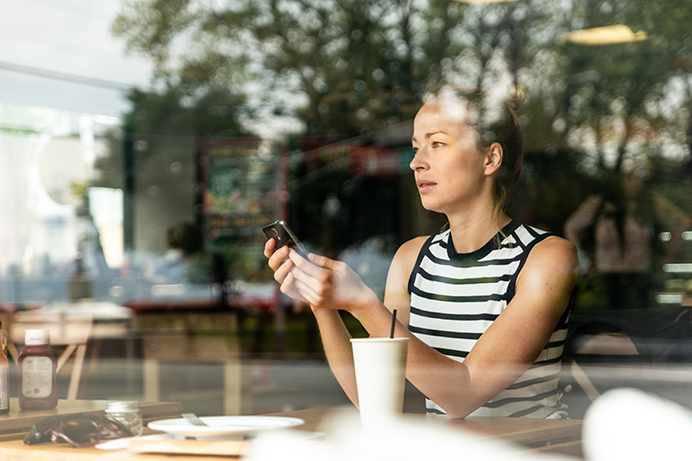 “I thought I’d die in total loneliness,” said an Ealing woman who, when she was diagnosed with HIV, was told she only had a few years to live. She was also told to expect a life of isolation. Instead, she has lived with the condition for well over two decades, lives a full life and now helps others.

It is World Aids Day on 1 December. Alessandra [not her real name] is a local volunteer and counsellor, taking part in workshops and providing people living with HIV the benefit of her knowledge.

She said: “I’ve been on both sides – as someone living with HIV and as a counsellor to others. I have more than 35 years of experience I can share.”

Earlier this year, Ealing HIV Support Service was set up; and Alessandra welcomed its arrival. She said: “We need something that is reliable and permanent where everyone knows they can go.”

You can find out more about Ealing HIV Support Service here.

‘People can just discard you because you have HIV’

Much has changed over the years, with medical advances and effective anti-retroviral therapy (ART) transforming HIV from a fatal infection to a long-term condition with similarities to many others. But the psychological impacts are still life-changing.

And, despite the falling rates of death through HIV, particularly in London, Alessandra said people living with HIV still need help.

She said: “The danger is thinking that because mortality has decreased there is therefore less need for services to support people. It is a fallacy and it means some places there is nowhere to get help. It’s as if they are told to stay at home and deal with it themselves.

“As well as having fears and challenges over their employment, the biggest thing is the stigma people still face – even in this day and age and even in London. A lot of it is simply ignorance. People from certain parts of the community have not been educated and have a lack of awareness.

“It is hard. People can just discard you because you have HIV. It is a fear of the unknown. You are left having to deal with that – feeling rejected, feeling like an undesirable, just because of that one fact that you have an illness. It still defines you in some people’s eyes and it doesn’t matter how attractive, kind, intelligent or interesting you are.”

When Alessandra was diagnosed with HIV things were very different – AIDS was a new phenomenon and was causing panic, with a pandemic being declared.

“My diagnosis with HIV was ominous and dramatic and came when I was just 16 years old,” remembered Alessandra. “ART wasn’t invented; and it was just as the AIDS pandemic was being uncovered and all the hysteria surrounded it. I was a victim of it.

“I went to get tested with a friend and we did not know what we were dealing with at the time. We didn’t know what to expect or what was happening.

“It took so long for the results to arrive that we’d almost forgotten about taking the test. A letter arrived seven months later. My friend’s was two or three lines long and said the test had been negative. Mine was about eight pages long and all I took in was that it said the test had been positive. As a teenager, I thought the word ‘positive’ was a good thing. Little did I know that letter, and that word, would change my life forever.

“I was told to visit the hospital, and when I did it was the first time in my life that I felt absolutely alone. Nobody would even come close to me, let alone touch me. The staff had face masks on and looked at me as if I was some kind of Jurassic creature that had risen from the dead.

“I was taken to a hall and told that I had between eight and 10 years to live, if I was lucky; that I was never to have sex again, or I was told I would go to prison; and that I should keep a distance from others.

“Can you imagine? I was waiting for death, at just 16 years old; and had been told that I couldn’t have physical contact with anyone ever again. I thought I’d die in total loneliness.”

‘In one summer, I buried seven friends’

She studied to be a nurse and spent the next six years keeping her HIV diagnosis to herself and struggling. But, one day, she collapsed at work and was taken to hospital in a state of shock – unable to talk. The hospital knew of her illness and contacted her family – it was the first they knew of it.

However, fortunately, she was able to leave soon after and became aware that the local Red Cross had started up a centre for those living with HIV and she became involved in the work there.

She said: “I realised there was a massive number of people suffering and it was cruel, but it was an illness. People were going there to die as well as to receive help and the centre became a model that started to be replicated elsewhere.

“It was great that authorities had started to help but everybody was dying around me – and dying in horrible ways. In one summer, I buried seven friends. When your immune system collapses totally it is only then that you find out what can happen to the body when it is vulnerable to anything.”

When her own health began to fail, Alessandra decided to return to her family in South America to die. She planned her funeral and even paid for the service. Meanwhile, she helped set up an HIV awareness campaign.

“I started visiting schools with my friend who was making presentations,” she said. “I would arrive with an oxygen mask and a tank and it had a massive impact on people. I became the ‘face of AIDS’. It was the best contribution I ever made, and I still get letters now thanking me and saying I helped save lives.”

Walking away from death

As she prepared for the inevitable end, a friend called Leo arrived from overseas and was horrified at her condition.

“He said ‘I’m not going to let you die here’,” Alessandra remembered.

Leo arranged – with great difficulty – to find an airline prepared to take her as a passenger with all of her medical equipment back to Europe. When they landed, Alessandra was taken straight to hospital where she spent six weeks lapsing in and out of consciousness.

“I knew it was a matter of time,” she said. “I had written a living will instructing medical staff not to keep me alive by artificial means.

“But then, in one of my lucid moments, I was asked if I’d be prepared to try a new medicine. They didn’t know what it would do and, although I would be a guinea pig, they thought I had nothing to lose. But I said ‘no’ to start with. It was only friends who changed my mind because they said by taking it I might be able to help others.

“The medicine turned out to be one of the first ever anti-retroviral treatments. It was effectively a poison and caused violent reactions. I had to take 40 pills a day. But, six weeks later I was able to leave hospital…walking.

“From that point on, new treatments kept coming out as they worked out new and better cocktails and dealt with the fact the virus kept developing a tolerance to the drugs.

“It was hard because I was still feeling between life and death and was still suffering side effects. I was experiencing depression and wondering why I was taking the pills.

“But science found a way – and the treatment got better. For the last 10 years I’ve been taking fewer and fewer pills and now I’m down to two pills a day and can do everything anybody else can do.”

‘Dealing with a future you aren’t meant to have had’

She said the mental battle continued for a while, despite the physical improvements.

“Suddenly you are dealing with a future you aren’t meant to have had,” said Alessandra. “It is like PTSD [post traumatic stress disorder]. Although things seem OK on the outside, they are not. We have a saying back home, ‘the procession goes on inside’.”

Now, having done a foundation course in counselling and helping people living with HIV through Live Well and other organisations, she feels she is making a difference. Incredibly, she even looks back on her experiences in a positive light.

“I think I am a better person than I would have been if I hadn’t been through it all,” she said. “Despite the physical pain and the emotional pain there is so much I can take out of it. I have done so many things in my life, in different countries. And the most rewarding thing I’ve done is the volunteering I’ve done and sharing my experiences with people to help them get through. The sense of achievement is amazing.”

‘There is one blessing in disguise’

What advice does Alessandra give those recently diagnosed with HIV?

“It is a shock to the system and it is difficult,” she said. “And there needs to be a range of services there to help each person through it. And everyone is different. But as human beings we mustn’t wrap ourselves in plastic and hide ourselves away, it is not how we are made.

“Just look forward to the future. It’s not easy, but always find the positive side. Everyone has challenges in life, whatever those might be. Everyone has ups and downs.

“You will find there is one blessing in disguise. You will begin to better appreciate what is truly important in life. I wouldn’t be the same person otherwise. There is a tendency for people to worry about things that are really not that important, but you realise there is much more to life.

“I cannot just pass a beautiful flower by. I have to enjoy the smell, touch it. It is because I know it could be the very last time. Who knows what life has in store for any of us?” 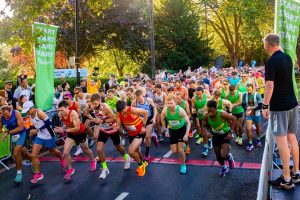 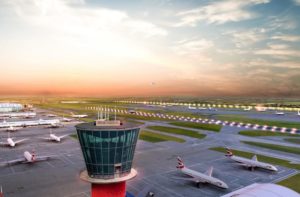 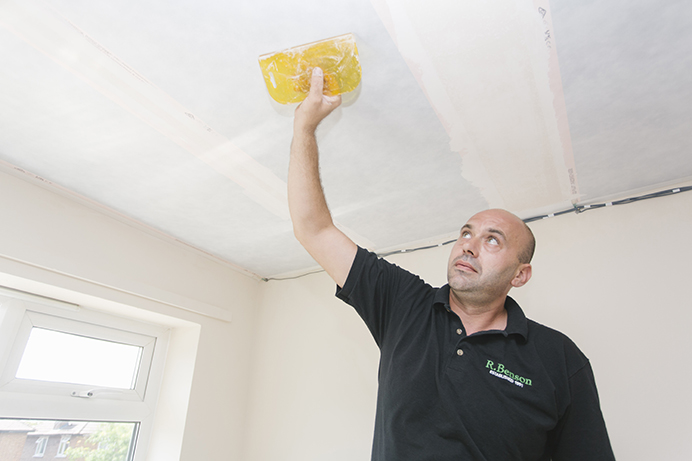