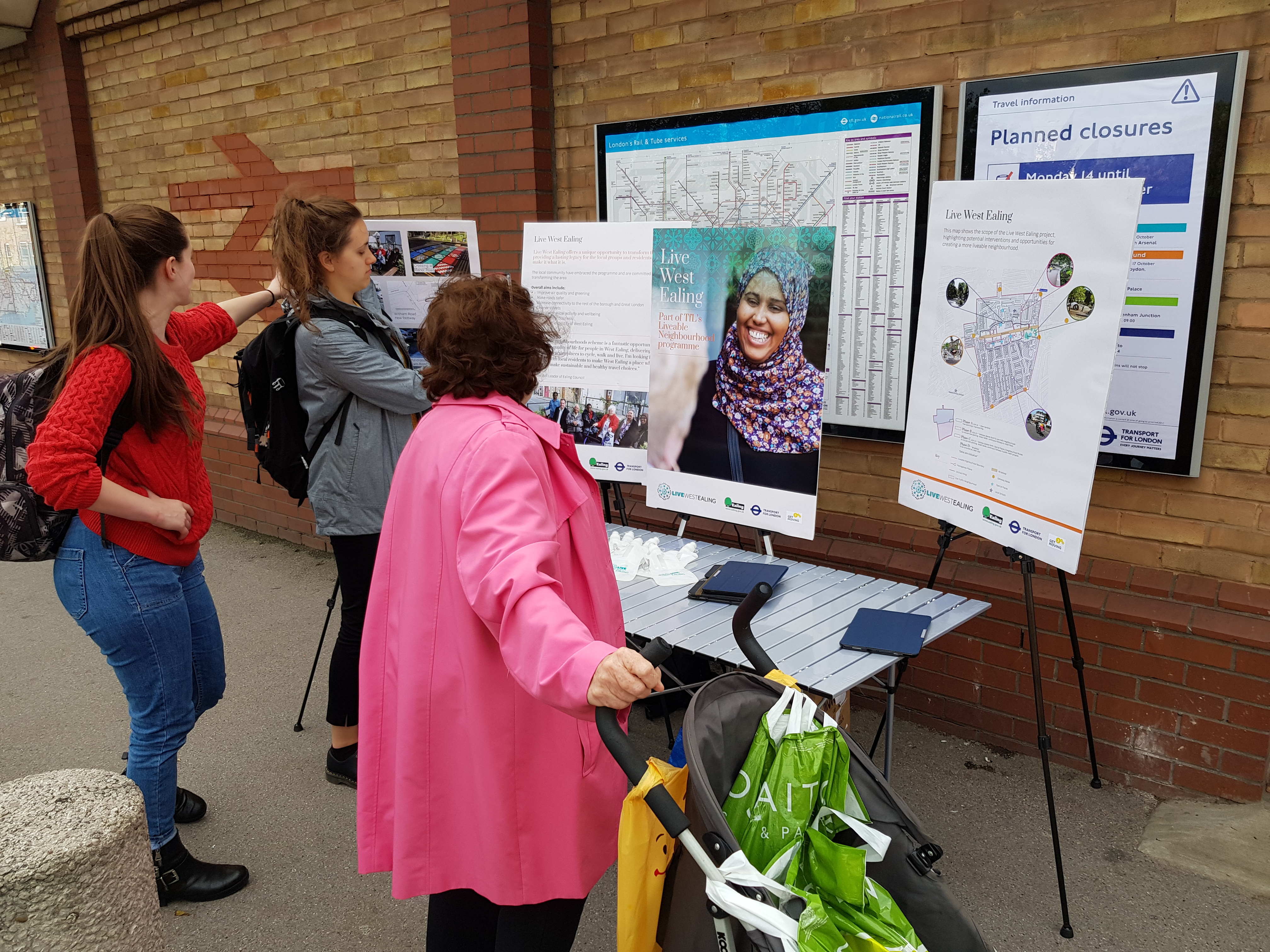 Live West Ealing is a project funded by Transport for London and Ealing Council which aims to make West Ealing an easier, safer and more pleasant place to walk, cycle or use public transport. Views are continually being sought on the developing set of proposals and ideas for the project.

There was a letter drop survey to all residents as well as pop-up events across West Ealing in October. And, at this year’s Soundbite Festival, an information stall showed visitors some of the Live West Ealing proposed improvements.

At the festival, which was organised with West Ealing Neighbours, there were many car-free activities for residents to enjoy, as well as a Rollapoluza competition and a raffle. A £500 bike voucher was won by seven-year-old Maryan, who later spent it the local bike shop Finish Line and she plans to use her new bike to travel to and from school.

Live West Ealing will include improvements to Dean Gardens. Some concept designs have been completed, with a lot of input from local people throughout the last year. You can take a look at the plans for the park on the Live West Ealing website.

The project team have also partnered up with Hello Lamp Post, so that local residents can have their say on the local area.

Hello Lamp Post provides an innovative way for people to share their feedback, opinions and ideas on public streets and public spaces.

Residents can feedback on the local area by simply texting the phone number displayed on a number of lampposts across West Ealing. It is simple. For further information go online and see how other people rate the local area.