Home > Learning the language of success 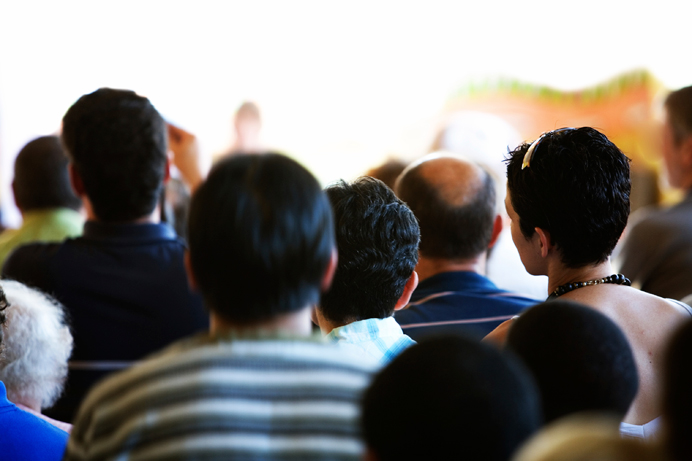 Learning the language of success

After setting up a successful course helping people for whom English is a second language ‘project manage’ their way into the British way of life and, in one case, set up a business, an Ealing man is looking for someone to take the classes further.

Neil Robinson from Ealing used his experience in teaching English, and in project management, to create a course to help 10 local people get on their feet and achieve their goals. All of the participants were learning English as a second language and finding it hard to know where to turn to develop their career or reach other aspirations.

With the help of the council’s Ealing Central Library, he ran the class as a ‘pilot’ to test it out – and one of the students has gone on to set up her own business.

Buoyed by this success, Neil is now looking for support to keep it going – or for a local group or organisation to take it over from him. See the end of the article to find out how to get in touch with him.

How did it all start?

Neil’s professional background was in IT and project management. He had worked in 20 countries for various blue chip companies, picking up “a real passion for different cultures” along the way. But when his parents fell seriously ill in Australia, he decided a change of lifestyle was needed for a while and he eventually turned to teaching English as a second language.

“Having worked in so many countries myself,” said Neil, “I could put myself in the shoes of many of the people who can be very educated and very articulate in their own language but can feel stupid and isolated because they feel unable to communicate to the level they want to.”

He became certified to teach, with a CELTA qualification affiliated to Cambridge University, and then got some experience of teaching through Action Acton for four months. And did some more through the City of London ambassadorial programme.

It led to a three-month drop-in English Conversation club at Ealing Central Library which became so popular that he had to turn people away. “I could only handle 15 people at a time,” Neil said. “There were 45 registered members from 15 different nationalities coming in during that time – including highly-qualified and educated professionals unable to find work or working in unpaid or very low-skilled roles because of their lack of language skills. I saw massive potential there.”

This awareness, and a chance conversation at a project management conference, sparked the idea in Neil that he could put together a course combining his two areas of expertise: Project management and language skills. “I thought, I might be able to open some doors for these guys,” Neil said.

Life is a Project

It led him to devise a course called Life is a Project, which he decided to run as a free pilot scheme to gauge the level of interest and to see how successful it would prove for the participants.

Neil said: “It provides a basic methodology for people – with the starting point of ‘this is what I want to achieve’ and then mapping the stages towards getting there. The idea is to lift them through the ‘U-curve’ of their experience in the UK, when so many people get stuck in a rut after the initial honeymoon period. It was about giving them the tools to lift themselves out of that rut and achieve their goals, using project management methods.

“I then had to try to find somewhere to run the pilot. I couldn’t have done it without the help of Ealing Central Library. They were very supportive and they knew me from the previous course I’d run. No one else would give me floor space.”

The five-week course included a community project for the group to organise and ‘project manage’ from start to finish. For this, Neil was able to link-up with the British Refugee Council which helped the class as it organised a local event to support refugees.

Now, a year on, Neil has been invited to speak about his course as a case study in cross-cultural transition at the International Scientific Conference on Project Management being held at a university in Riga, Latvia.

And, more importantly to Neil, one of his students has used the skills she learned in his class to set up a business.

Laura Campanini is originally from Italy but is now living in Ealing Common. With the support of this training she is now running a weekly therapy and exercise class using the specialised Biodanza ‘dance of life’ method, for which she was previously trained and qualified as a teacher in Brazil. The sessions are being run just over the border in the Arts Educational Schools building in Chiswick. When she started Neil’s class she did not know where to start or how to put her skills to use.

Laura said: “Life is a Project is a sensational course to help people open new paths in life. We can use it for any reasonable project we are thinking , or dreaming, of doing but are lost as to how to do it. Neil ran this course in a very clear way, step by step with some practical exercises and a very helpful English. I’m grateful to have participated in it. It was what I really needed to start my personal project.”

Neil said: “Here was someone who was bright and clever but struggling to speak English and getting frustrated but now she is running her own business.”

“I think it is a complete validation of the concept of my class and it does prove that if you invest in doing something for free there is a chance of it being of benefit to everyone.”

Neil wants to continue the classes and has plenty of fellow teachers and project managers willing to volunteer. But he needs some kind of grant or support to make it happen. Alternatively, he is happy to hand over the concept to a local organisation to run it. “I just want to see it continued,” said Neil. “I’ve got a complete set of materials which I am happy to hand over.”

To get more information, email Neil at alphadale@outlook.com