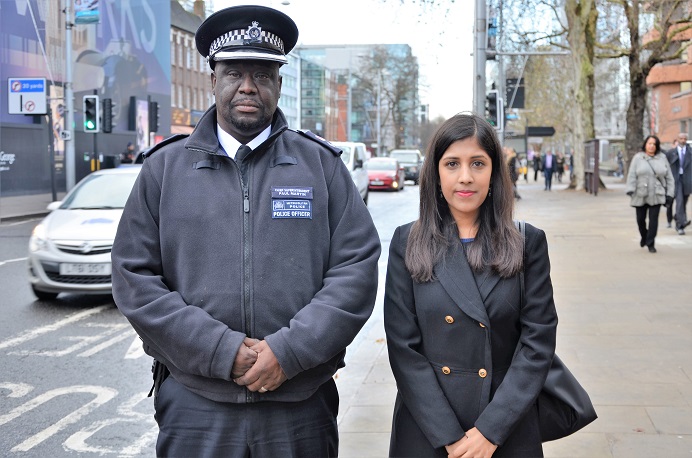 Ealing Council is working hard to tackle knife crime in the borough and, with the number of incidents in London rising over the last 12 months, a strategy is being refined to help keep young people safe.

As part of the borough’s knife crime and serious violence strategy, 10 knife bins have been installed with the aim of taking weapons off the streets, by providing an easy way of getting rid of them safely.

The bins are placed in busy areas (locations below), so they are not hard to find and have stickers placed on them. Any knives will be disposed of by the police unless there is an obvious sign one has been used in a crime.

However, the strategy does not just focus on people surrendering weapons, it also looks at educating young people, reducing youth violence, making sure offenders are brought to justice and supporting victims and their witnesses.

Councillor Joanna Camadoo, the council’s cabinet member for inclusion and community safety, said: “Tackling knife crime is a top priority for this administration. We are taking swift action and knife bins, coupled with enforcement action, are a key component to our strategy going forward. We know that this blight is having a serious impact on young people and their families across the borough and that many may be carrying a knife out of fear. It is vital that we make it possible for those walking around with knives to safely and easily surrender them.”

The council and police have been working alongside schools to raise awareness and educate pupils – not only about the very real dangers of possessing a knife but also the stark facts that anyone caught in possession of an illegal knife can face up to four years in prison; while those convicted of using them to attack someone can face a minimum jail sentence of 10 years.

Every school and college can be provided with a knife ‘wand’ that can detect hidden weapons as part of a London-wide initiative with the Metropolitan Police.

Ealing’s High Schools are signed up to receiving Your Life, You Choose which is a daylong interactive session delivered to Year 7 pupils which includes impact and consequences of serious violence. In addition, the Behaviour and Inclusion Service has been involved in delivering knife crime awareness to year 9 and 10 pupils.

Councillor Yvonne Johnson, cabinet member for schools and children’s services, said: “Recognising the importance of prevention and working alongside schools is vital for dealing with this complex issue. Raising awareness through safeguarding sessions and appointing a safer schools officer to all schools within the borough provides the right education for young people.”

View a map locations of the bins here.

A report on serious youth violence was presented to the council’s health and wellbeing board in September 2019. You can view it here (from page 53): Annual Public Health Report: A Public Health Approach to Serious Youth Violence