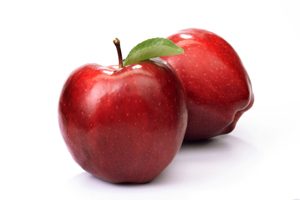 A ‘fruit route’ will eventually connect two parts of the borough, as a group of residents work together on planting a trail of trees with the help of the council. And you can get involved.

The Hanwell and Norwood Green Orchard Trail group is a community project started by residents, supported and organised in partnership with Ealing Council, to plant and care for a trail of native fruit trees.

Initially, the group plans to plant 40 trees in February (2015) and then, in subsequent years, to extend the trail along the canal in either direction, linking the green open spaces of Hanwell and Norwood Green.

The trees are intended to provide free fruit for visitors and also food for wildlife – as well as adding visual interest to the areas while the trees are in blossom or in fruit.

It is being organised in partnership with the council’s park ranger for the area, James Morton; and it has received the support of the council’s Elthorne and Norwood Green ward forums, which have offered to help fund the cost of the trees in 2015.

The first planting sequence will take place around the outsides of the Hanwell Meadows (Trumpers Field, Jubilee Meadow and Blackberry Corner), along the canal.

Park ranger James Morton said: “I think what makes this project especially good is that it does a number of positive things in one go, with local people from different areas working together and taking responsibility for an aspect of their environment, along with the promotion of outdoor activities and healthy eating, and the benefits to wildlife.

“In the first year the project will focus on the Hanwell Meadows that run alongside the Hanwell Flight of locks on the canal. The meadows are already well known by local people for the plums, blackberries and other fruits that grow here. The group plans to add to these with 40 mixed indigenous fruit trees, including many old and unusual varieties, in suitable spaces along the edges of the meadows.

“The group is already setting its sights for the future with plans to extend the orchard trail into other parks in both directions along the canal forming a new ‘fruit route’ linking the green open spaces of Norwood Green and Hanwell.”

For more details or to express an interest in helping with the orchard contact hanwellorchard@gmail.com