Home > Hundreds go the distance to raise money for foodbank 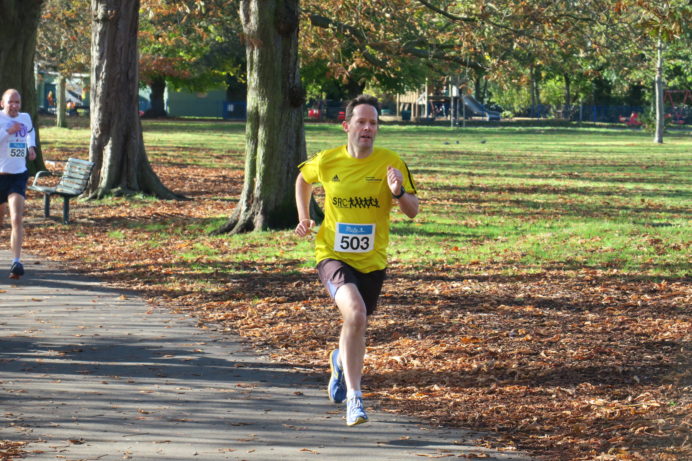 Hundreds go the distance to raise money for foodbank

More than 500 runners and walkers took up the challenge of raising money for Ealing Foodbank during a virtual 10K event.

As we reported, Ealing Half Marathon Legacy (EHM Legacy), the community interest company behind Ealing Half Marathon, organised the challenge as a replacement for the Osterley Park 10K race – which had to be cancelled because of COVID-19. And hundreds of adults and children alike pledged to run or walk 10km over 10 days between 1-10 December, with each entry having to include a minimum donation of £10 to Ealing Foodbank. Some completed the challenge in one go, others spread it over the 10 days.

In total, it raised more than £13,000 for Ealing Foodbank – money that is needed now more than ever. A cheque was presented today (Thursday).

“We are so grateful for the incredible support of Ealing Half Marathon and all those who took part in this 10K run” said Janet Fletcher, the manager at Ealing Foodbank. “After just five months of the pandemic, we had fed more people in food crisis than in the whole of 2019/20 and, after seven months, we had fed 45% more people than the whole of last year.

“The number of people being fed by Ealing foodbank has not dipped below 500 per week during the whole of the pandemic, but thanks to the amazing support of local people we have been able to meet this increase in need. The last thing any one of us wants to see is foodbanks becoming such a part of society that we forget that it is an outrage that they exist at all.

“As part of the Trussell Trust, we would love to see ourselves out of business in five years and for there to be a ‘Hunger Free Future’ for all. But, in the meantime, we do what we can. We can only do what we do because of the generosity of our supporters.”

To find out more about the support provided by Ealing Foodbank, you can visit its website.

You can still add to the amount of money raised by making a donation to the event’s fundraising by visiting the dedicated webpage.

Osterley Park 10K takes place every June and December at the National Trust Osterley Park and House but both events had to be cancelled this year because of the coronavirus pandemic. This latest replacement virtual challenge followed on from the hugely popular Queen of Suburbs and 13.1-mile Distance Challenge that took place in September instead of the Ealing Half Marathon.

Tom Kerry, chairperson of EHM Legacy, said: “Despite it being a very difficult year, it’s important to us that we remain at the heart of community, encouraging people to keep physically active and doing everything we can to support a vital local service like Ealing Foodbank. We’re equally proud how accessible our events have been this year, attracting many runners, walkers and those who would never have previously considered a physical challenge.”