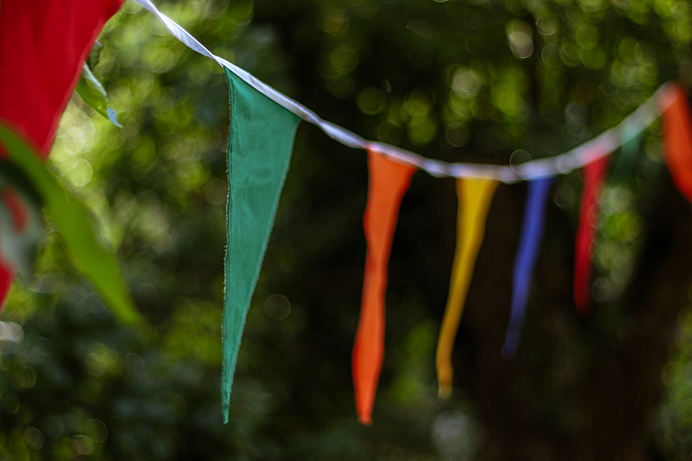 How to celebrate VE Day safely

Residents of Ealing are being encouraged to get involved in the national celebrations for VE Day 75 on Friday (8 May), with a range of events and activities you can do safely without leaving home. You can share what you do at home with the rest of the borough.

Victory in Europe (VE) Day will mark the 75th anniversary of the end of the second world war in Europe – to remember, and reflect upon, the sacrifice of those who lost their lives in the conflict. You can read our history story on how the original VE Day was celebrated locally in 1945.

By joining in, you can help to add a splash of colour to the streets of Ealing by putting up homemade bunting or posters in your windows and gardens.

And, then, why not show everyone your efforts by taking a photo and posting it on Twitter? If you tag in @EalingCouncil on Friday (8 May), and use #VEDay75, the council will share all the best ones.

Ealing Town Hall will be lit up in red, white and blue on Friday evening.

Online toolkits are available to help people prepare a 1940s style tea party or try out other themed activities around the history of this event, while there are guides and templates to making celebratory bunting and decorations safely at home.

The original plans for nationwide celebrations have been adjusted because of the continuing coronavirus crisis and the need for social distancing to stay safe.

Plans now include several special television programmes, which include a special address to the nation by Her Majesty the Queen at 9pm. This will be followed by a national singalong of Dame Vera Lynn’s ‘We’ll Meet Again’, with the public encouraged to open their doors or windows and join in.

A full set of details is available online.

The Royal British Legion is also calling on people across the UK to join in a moment of reflection and Remembrance at 11am on Friday, 8 May and pause for a two-minute silence. This will be followed by the ‘Nation’s Toast’ at 3pm.

Council leader Julian Bell said: “On 8 May 1945 at 3pm, six years of conflict in Europe finally ended, and in Ealing this led to many impromptu celebrations on the streets.

“Now, 75 years later, we face a different challenge and we are unable to come together to celebrate with friends, families, neighbours and our communities in the way we may have wanted.

“However, we still remember and can celebrate safely the sacrifices of those who fought in, lived through, or lost their lives during the war and we can give thanks to those who gave so much to secure peace, freedom and prosperity in Europe.”

Photo by by Manuel Hoster on Unsplash