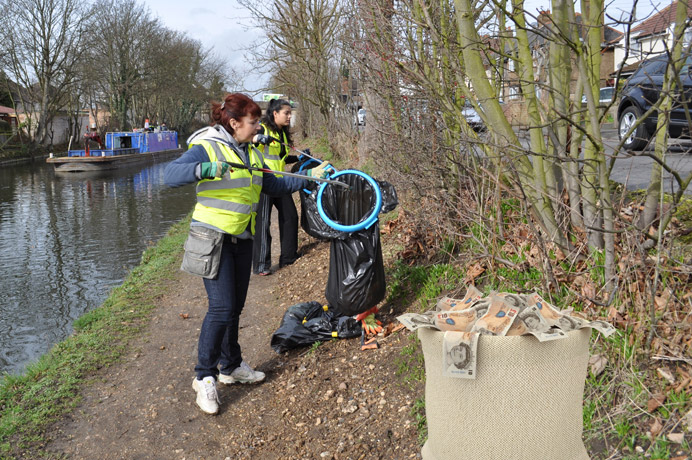 Litter and fly-tipping is a £1billion problem. Ealing Council has signed up to take part in the Great British Spring Clean (GBSC) and help is needed to tidy three local hotspot areas chosen by you.

GBSC is a national campaign led by Keep Britain Tidy to bring people together to take part in various clear up activities, from 2-4 March.

In January, the council asked residents to vote for which locations it should hold clean-up events at during the GBSC. You were asked to pick three of the borough’s worst hotspots: One along our canalways, one of our roads and one of our parks. Following your vote on Facebook, the council will hold a clear-up event at these chosen locations: The Smiths Farm section of the Grand Union Canal; Seaford Road in West Ealing; and Brent Lodge Park in Hanwell.

The clean-ups will take place on Friday, 2 March. Local people are urged to come along and take part or, alternatively, for community members to come together to organise activities in their own neighbourhoods.

Keep Britain Tidy estimates that more than 30 million tonnes of litter and fly-tipped waste is collected from the streets in England every year, with Ealing Council cleaning up 18,000 tonnes across the borough each year.

Councillor Bassam Mahfouz, cabinet member for transport, environment and leisure said: “The Great British Spring Clean is a great reminder that it is not just the council’s responsibility to keep the streets, parks and open spaces clean and tidy. And chucking litter or fly-tipping is like throwing away council tax payers’ money; and it is anti-social too – creating dangers and eyesores. Coming together to help keep our borough clean is a good way to set an example and display the pride that the majority of us take in where we live.”

For more information or to take part in the Great British Spring Clean visit www.ealing.gov.uk/springclean

RUNNING YOUR OWN EVENT?

For businesses, residents or community groups who have organised their own clear-up, let us know by registering your event on Bubble – a website dedicated to helping people organise an activity, project or volunteer. Visit www.dosomethinggood.co.uk to find out more.

IT IS YOUR RESPONSIBILITY

It is your legal responsibility to make sure your household waste is disposed of in the correct way – either by yourself or by a licensed and reputable company. If it ends up being fly-tipped by a rogue company, you could face court action and a large fine or prison. Illegally dumped waste is more easily traced back to your property than you might think.

For more information, visit search for ‘fly-tipping’ on this website.