Home > You can help to catch out the fly-tippers 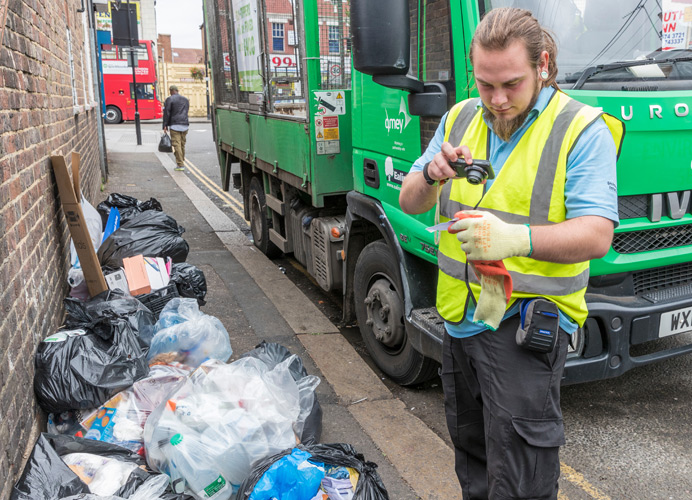 You can help to catch out the fly-tippers

Specialist patrols are cleaning up fly-tips and collecting evidence that helps trace the rubbish back to the fly-tippers; and you are helping too.

This ongoing work by the council’s enforcement patrols has led to more than 2,500 people and businesses being hit with fines for fly‑tipping offences since the turn of this year alone.

But the council’s cameras and enforcement officers cannot be everywhere or see everything.

So, when you spot someone fly-tipping, report it to the council. Your information can help it catch the fly-tippers.

Those caught fly‑tipping by the council are landed with the maximum £400 fixed penalty notice (FPN) – which is exactly what happened to one individual after they were caught on a resident’s CCTV camera dumping a sofa from a rental van on to a road in Acton.

Enforcement officers used the CCTV evidence to identify the company that owned the rental van. When faced with the possibility of prosecution, the company identified the individual involved and provided a full name and contact information. The offender was contacted, admitted to the offence, and received the FPN. It was paid in full within two weeks, which allowed them to avoid potential prosecution.

Councillor Mik Sabiers, the council’s cabinet member for environment and highways, said: “Successfully fining and prosecuting those caught illegally fly‑tipping in these recent cases sends a clear message that we do not tolerate this irresponsible and illegal behaviour in our borough.

“It is unacceptable to dump rubbish – we do not tolerate it and why should you?

“There is never any excuse for flytipping or littering and even dumping one sack of rubbish or a piece of litter can cost the council money – and hit local tax payers in the pocket.”

COSTS US ALL MILLIONS A YEAR

It costs the council almost £3million each year to clean up streets and parks and remove litter and diverts money that could be spent on other important services.Combating fly‑tipping makes a big dent in this budget at a time when there has been a huge cut in council funding.

Councillor Sabiers added: “Our services work to prevent fly‑tipping at source, clear dumped rubbish and enforce against perpetrators. But we can only do so much and, in this very challenging financial climate, we are asking local people to step forward and do their bit to help prevent fly‑tipping.

“Please make sure you dispose of bulky waste correctly and to report any flytipping you see so we can hold those responsible to account.”