Home > Happy and well in Ealing 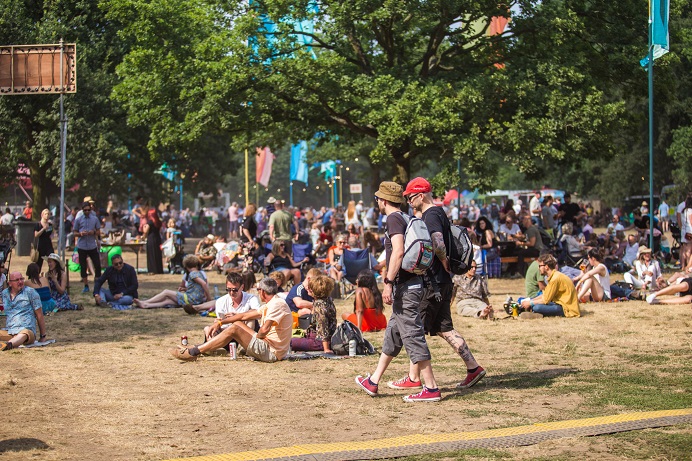 Happy and well in Ealing

A survey shows that Ealing residents are more likely to feel well, be happy with where they live and to be satisfied with the council

The survey, carried out over October and November 2018, shows that almost eight out of 10 people living in the borough are happy with the local area and nearly three-quarters of people are satisfied with Ealing Council.  People in the borough also scored their personal well-being higher than in other parts of the capital and the country.

The results buck national trends which have seen these sorts of satisfaction levels drop.

BMG research was commissioned to carry out the independent survey on behalf of the council.  A representative sample of 1,253 local people was interviewed face-to-face and asked a series of questions to find out what they thought about living in the borough and council services.

Top reasons for being satisfied

The top reasons people gave for being satisfied with the area were the friendly people, quiet neighbourhoods and good access to public transport.  The top three reasons for dissatisfaction were rubbish and litter, crime and parking problems.

Personal well-being compared well to other areas of London and the UK.  Results were taken from scores showing levels of life satisfaction, happiness, life being worthwhile and levels of anxiety. Four out of five people reported that they were in good health and figures show that 81% of people in Ealing are happy.

Since the start of austerity many other areas of the country have seen a significant decline in the overall satisfaction with both the area and local councils. Despite Ealing Council’s government funding being cut by 64% since 2010, which is a slightly higher reduction in funding than both the national and London averages, overall satisfaction ratings for the borough continued to show a robust performance.

The results show that community cohesion continues to be strong with 86% of people saying that people from different ethnic backgrounds get on well – although this is a drop of five percentage points from the last residents’ survey carried out in 2014.

Ealing’s recycling rate has jumped from 44% in 2014 to 51% last year – this is the second highest performance in London. In the past two years there have been significant increases in flytipping in Ealing – which mirrors similar anti-social behaviour in other parts of the capital and the country.  To combat this the council has stepped up its enforcement activity, issuing more fines than ever before. Fines are also set at the highest possible levels with £400 penalties for flytipping and £150 for littering. The council will end its contract with rubbish and recycling firm Amey next year and is setting up its own trading company giving it greater control over the management of services.

Satisfaction ratings for services providing children’s and adult social care, council housing and council tax and housing benefit have all improved on the last survey.

More than half of people said they find it easy to contact the council and 58% of people felt informed about the council, which is slightly above the national average. However, three in five people were unaware of the level of government cuts and many people did not know that the council would have less money to deliver its services this year.

Despite this, people backed the council’s approach on targeting services to areas of greatest need with three in four agreeing this was the right thing to do.  More than seven out of 10 people also wanted to protect services for the borough’s most vulnerable residents. People did raise concerns about the ability of public services to help people in need with 70% believing not enough help would be provided in future years. More than a third of people expressed a willingness to pay more in council tax to protect services from further cuts.

When asked about the government’s plans to build a third runway at Heathrow airport, almost seven out of 10 people agreed that it should be built. However, people overwhelmingly supported the need to minimise congestion (89%) and air pollution (88%). Almost nine out of 10 people wanted local people to benefit from any new jobs created.

‘Finding our what local people think is invaluable’

Commenting on the survey, council chief executive Paul Najsarek said: “Finding out what local people think about the local area and our services is invaluable and so I’m very grateful to everyone who took part.

“It is great to see that people feel happy and well and like where they live and, on the whole, feel positively about the council. This is a great foundation on which the council and the community can work together to build an even better borough for the future.

“I’m particularly pleased that people support our Future Ealing approach that focuses services on those in greatest need. I remain confident that if we can help prevent problems and enable people to become more independent we will improve peoples’ lives and be better placed to manage the challenge of significantly reduced funding.

“There is lots of feedback on individual council services which we are reviewing very closely. We will continue to seek to improve satisfaction with services, especially those that have seen dips on the last survey as well as building on any improvements that have been recorded.”

The council’s cabinet will discuss the results of the survey at its cabinet meeting on Tuesday, 14 May 2019.  The report and full set of survey results is available online.