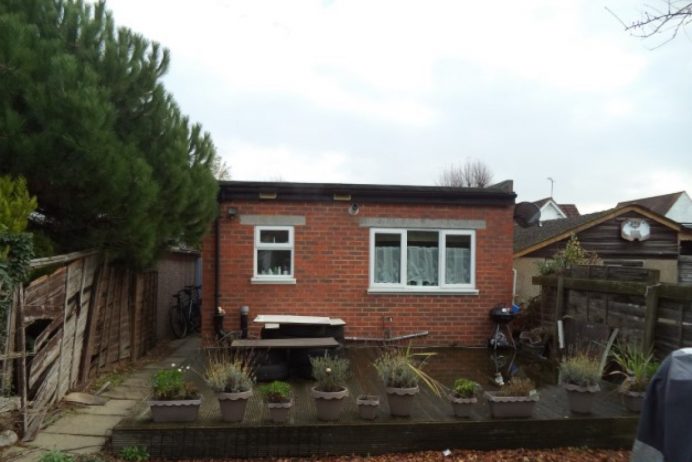 A Greenford landlord has been ordered to pay almost £275,000 for failing to comply with an existing planning enforcement notice regarding planning issues at a property in Beechwood Avenue.

Mrs Anja Bawa of Ferrymead Avenue was served an enforcement notice in February 2016 by officers from Ealing Council’s planning enforcement team after it was discovered that she had overseen the construction of an outbuilding at the rear of a property she owns in Beechwood Avenue, Greenford.

The outbuilding was rented and being used as a separate dwelling, for which she did not have the required planning permission.

When officers visited the dwelling, it was found to be inadequate. The living space was cramped, of poor quality and not fit for purpose as a residential property.

An enforcement notice was served, requiring Mrs Bawa to cease using the outbuilding as a residential rental dwelling and she was given three months to comply.

She pleaded guilty at Ealing Magistrates’ Court for failing to comply with the enforcement action taken against her. The case was then referred to Isleworth Crown Court for a confiscation order to be considered under the Proceeds of Crime Act 2002. This required Mrs Bawa to prove that the income she had received over the previous six years was legal.

Following a long investigation, the court applied a confiscation order of £243,950.48 which must be paid by 2 December 2021 and a default prison sentence of two-and-a-half-year was given if she fails to pay.

Councillor Shital Manro, whose portfolio covers planning policy, said: “This is a great result for Ealing as it shows that we will take robust action not only to prevent those who provide poor quality housing but against those ignore planning law and our enforcement notices.

“In this case, Mrs Bawa was given ample time to comply but didn’t, which meant we had to take her to court. She now faces paying a total of £275,000 and a potential prison sentence.

“We’re happy to work with landlords who will provide good quality housing for Ealing residents, but we’ll take action against those who don’t and those who are persistent rogue landlords.

“Providing affordable accommodation is one of our key aims of our Good Jobs priority in Ealing.”