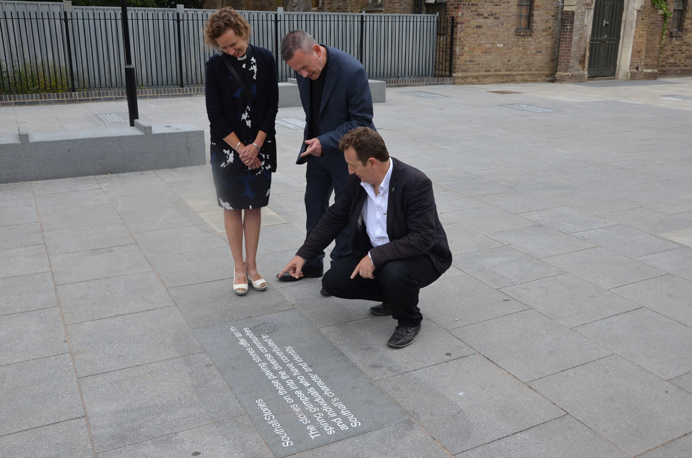 A five-year project to improve Southall’s town centre took another step towards completion after work on two key areas came to an end as part of the Southall Great Streets programme.

South Road and the space around St John’s Church have been receiving attention as the Southall Great Streets programme builds on the wider work of the five-year Southall Big Plan that began in 2013 and has been led by Ealing Council and partner organisations.

The ‘big plan’ has consisted of a number of separate but connected elements, including the redesign of the lay-out of the roads and pavements along Southall Broadway to cut traffic congestion and make it safer and more attractive for pedestrians. Other improvements have included: Revamping the Dominion Centre to modernise it and also allow it to house Southall Library; creating a public space at the entrance to Southall Manor House and its grounds, and upgrading the parade of shops opposite; a transformation of the manor house itself, which should reopen this year as a top restaurant as well as a training hub for the catering and hospitality industries; and, also, an enhanced area outside the front of St Anselm’s Church.

Southall Great Streets is another part of this masterplan, and work has just ended. If you have not been down to see the improvements yet, you can scroll through pictures of South Road and outside St John’s Church in the carousel of images at the top of this story.

What has happened in South Road?

Between June 2017 and June 2018, the entire stretch of South Road shopping parade has been upgraded – with more trees, brighter lighting, more sociable seating, better crossings and cycle lanes, as well as an improved bus stop. Meanwhile, pavements and crossings leading to roads off South Road have also been upgraded (Hamilton Road, Cambridge Road, St Joseph’s Drive and the entrance to the car park). A dedicated disabled parking bay has also been provided.

The aim of the project, funded by the council, is to encourage shoppers to walk rather than drive by improving the public space and pavements, and by making it a more pleasant and accessible destination for everyone, including cyclists, the elderly and disabled people. In addition to encouraging a smoother flow of traffic, it should also benefit local traders by attracting more visitors.

What about the area by St John’s Church?

Funded by the GLA and the council, the idea was to create an attractive outdoor space for residents near the church, which could also be used for public events. An added benefit would be cutting anti-social behaviour by transforming the site for the better and making it a relaxing place to socialise.

The project  involved removing a boundary wall, adding new seating and also granite paving slabs, some of which have special feature panels with historical facts about Southall etched on to them.

Council leader Julian Bell (pictured above, inspecting the work) said: “The completion of this work around South Road and St John’s Church is really positive news for the local area and represents an important step in our ongoing commitment to further improve Southall’s town centre.

“You can really see the difference the project has brought to South Road, with new seating, more trees and upgraded street lighting. There are also enhanced crossings and cycle lanes which will improve road safety and ease congestion. We are encouraging local shoppers to choose walking and public transport over their cars and the major work undertaken here supports residents to make healthy and sustainable choices about travel into the future.

“We have also worked alongside the GLA to secure improvements to the area around St John’s Church to make it far more pleasant for people to socialise there.”