Home > Ealing Half Marathon 2017 in pictures 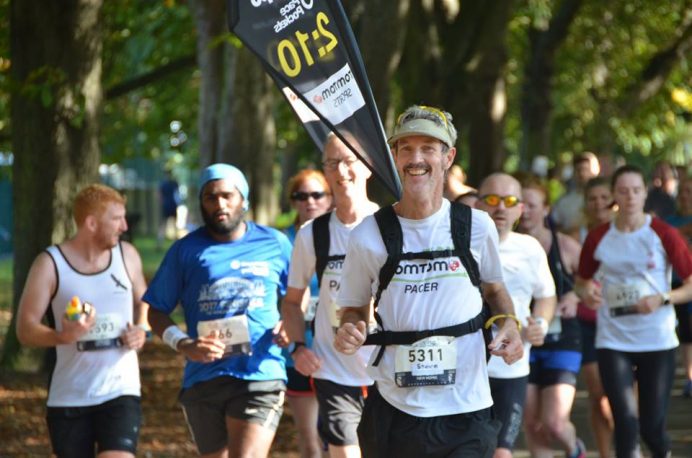 Ealing Half Marathon 2017 in pictures

The sun was shining this year when thousands of people took to the streets on Sunday, 24 September to cheer on the 7,000 runners competing in Ealing Half Marathon 2017. Enjoy a few of the pictures from the day in the carousel above – or see dozens in our gallery.

Organised by the Ealing Half Marathon community interest company, the event is non profit making and has raised more than £1million for its official charities since it started in 2012. The organisers also carry out grass roots sports development work in the community throughout the year. This work includes visiting schools to encourage pupils to Get Moving and eat healthily, as you can read in our recent article.

The thousands of runners included a team of 31 parents, staff and governors from Mount Carmel primary, wearing yellow t-shirts, who worked together and collectively raised an impressive £8,000 for their school. You can read a story about one of the parents in another of our recent articles.

During the summer, Ealing News Extra ran a competition to win a race place at the 2017 Ealing Half Marathon and some official gear. The winner of the prize, Christina Kenny, was delighted; and she raised more than £2,000 for charity. Read her story here.

Councillor Bassam Mahfouz cabinet member for transport, environment and leisure, said: “The Ealing Half Marathon is a fantastic community event, which is delivered by a not for profit company with the help of hundreds of wonderful volunteers and amazing crowds.  The race really is Ealing at its best and it was an honour and a privilege to be able to take part myself this year.

“I only took up running four months ago and I’ve had such a wonderful experience, I’d really recommend it to anyone.  There’s loads of advice and free, easy to use apps available to help you get started.  We are also really lucky to have some wonderful sports clubs in the borough which offer some great beginners programmes.”

Get inspired by the Ealing Half

For anyone inspired by the race, early bird entries have just opened for next year’s event and the organisers are already looking for expressions of interest from volunteers.

If you’re new to running and fancy giving it a try, local running club the Ealing Eagles regularly offers free six to eight week beginners’ couch to 5k programmes. The autumn programmes are full but register your interest now for the next programme which is likely to start in January 2018.

If you want to get started straight away, you can download the NHS Couch to 5K app right now.