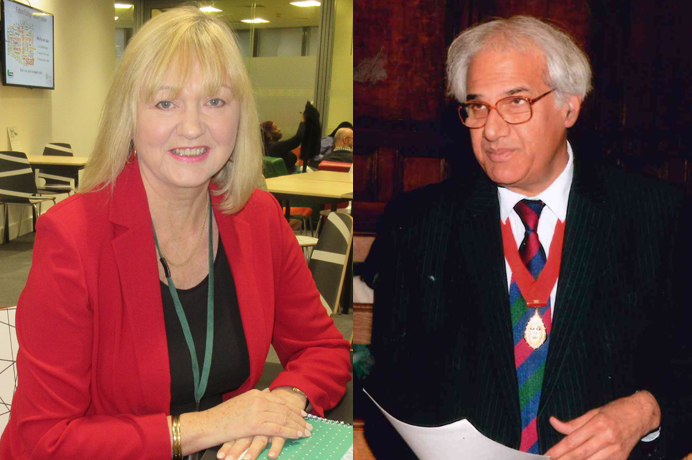 Councillor Ranjit Dheer, the council’s deputy leader, has been awarded an OBE for services to local government and to charity. Councillor Dheer is also the council’s portfolio holder for community services and safety.

The council’s assistant director of children’s services Marcella Phelan will get an MBE for services to young people.

‘Charity work has given me great joy’

Councillor Dheer has been involved in local government for more than 30 years, including serving as deputy leader in the Labour group since 2005.

His work in the charity sector was prompted by the help and support he received when he arrived from India on Christmas Day 1966 and also the opportunity he had when he was the mayor of Ealing in 2002 to support local charities – raising £24,000. His charity work has continued through supporting local domestic violence groups, children’s charities and those supporting older members of the community with a focus on health and fitness.

He said: “Despite not having been born here I’ve been welcomed into the large Ealing family.  Being a councillor and my involvement with charity work has given me great joy and an understanding of local communities, local services and the local council. It has also allowed me to be involved in town twinning in France, Poland and Germany, as well as the chance to develop a charter of friendship with Kathmandu in Nepal – a very rewarding part of my work as a councillor and mayor.”

Marcella has been working with children in Ealing for 20 years. She has taken the lead on the development of highly-rated services such as the Horizons Centre for care leavers.  As we reported recently, this has contributed to the excellent track-record of the borough’s looked-after children doing well once they leave care.

She said: “I was thrilled to receive notice of my MBE in recognition of what we’ve achieved for young people here in Ealing. It has been a privilege working with countless dedicated and talented staff and elected members right across the council, improving outcomes for many of the most vulnerable young people during this time. I am especially proud of what we’ve achieved for care leavers with so many young people going on to jobs and training and the highest number of care leavers in the country at university. Also we have achieved amongst the lowest levels of offending nationally through the Youth Justice Service and the outreach work by our talented youth workers is ensuring all young people get the chance to transform their lives and aim high.”

Both Councillor Dheer and Marcella are waiting for confirmation of a date in the summer when they will be visiting Buckingham Palace to receive their awards.