Home > Festival ready to give you a dose of the blues 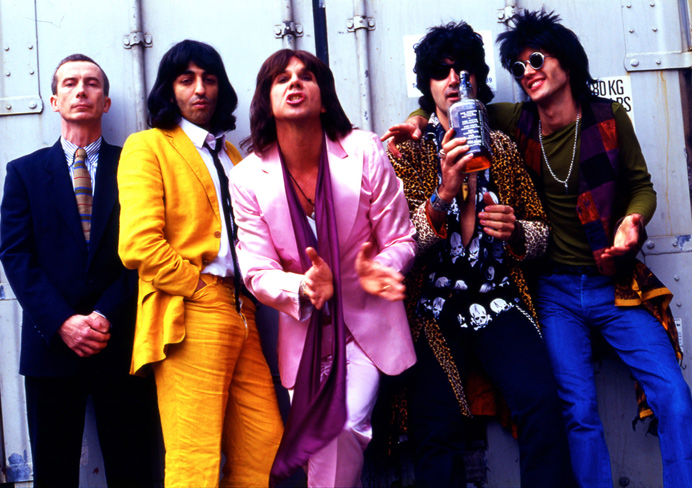 Festival ready to give you a dose of the blues

Tickets have gone on sale today for the 2018 Ealing Blues Festival, which has also just announced its first wave of artists, including leading Rolling Stones tribute act The Counterfeit Stones.

Taking place in Ealing’s Walpole Park, the festival will run over the weekend of 21–22 July, from 12noon until 11pm.

Jokingly, but respectfully, hailed by Mick Jagger as ‘the most famous Stones band in England’, The Counterfeit Stones (pictured above) come equipped with classic hits, retro costume and humour to entertain audiences of all ages. They are renowned for their wild energy and mirror-like performances of the Stones’ epic repertoire.

Continuing its dedication to the diverse UK blues scene, the festival will also be welcoming Kitty, Daisy & Lewis (also pictured above), fresh from the release of their fourth studio album Superscope in September 2017. Signed to former BBC Radio 1 DJ and Bestival curator Rob da Bank’s label Sunday Best, multi-instrumentalists Kitty, Daisy & Lewis have shifted over a quarter of a million records worldwide and are sure to light up the stage with their distinct fusion of R&B, blues, soul, punk, rock and roll and West-Indian music.

‘We think of it as a big party’

Artistic director and founder of the festival, Bob Salmons, started the festival in 1987. He said: “When programming The Ealing Blues Festival, we adopt a very broad view of acts we can put on. Basically, we think of it as a big party. The music has to be played ‘live’ with a rhythmic content that you should at least be able to tap your feet to, and we like our artists to be entertaining.

“With this in mind – Hayseed Dixie will headline on Saturday, 21 July. Specialising in Bluegrass versions of Rock Classics, they blend humour with exceptional musicianship.

“Closing the show on Sunday, 22 July will be The Counterfeit Stones. The Rolling Stones met and were formed in 1962 at the legendary Ealing Blues Club and, so, the booking of the best Stones tribute band pays homage to their links with Ealing.

“And also on Sunday, on the South Stage, we have Honey B. Mama the blues singing alter-ego of actress Cleo Sylvestre. In 1964 whilst still a teenager she released a version of the Phil Spector song To Know Him is To Love Him. Her backing band on the record was none other than the Rolling Stones.

“This year has seen the introduction of the UK Blues Awards, with The Ealing Blues Festival being a finalist in the ‘Best Blues Based Festival of the Year’ category. We also have three finalists in other categories on this year’s bill.”