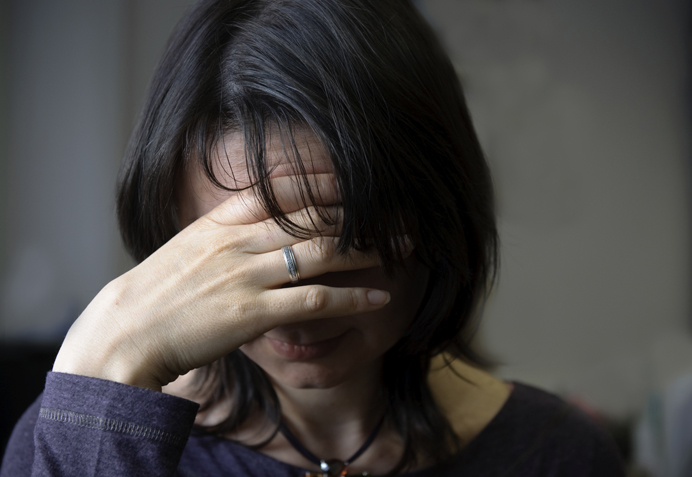 Surviving the pain of domestic abuse

“Being abused is such a lonely place to be. It affects you every day; even now my confidence can be shaken just by someone raising their voice,” a brave woman told us after living through the physical, mental and emotional pain of domestic abuse, and coming out the other side.

One in four women in the UK has been the victim of domestic abuse and violence. Sadly, statistics tend to get particularly bad during the ‘festive period’ between November and January, when family tensions can become heightened.

In a past interview, Samira* told us how her husband changed after they got married and steadily became more and more abusive and violent. She encouraged anyone in a similar position to get help.

“It took me 18 years to stand up for myself and, when I did, it saved my life,” she said. “My husband had always enjoyed a sociable drink, but that quickly changed after we got married. He started getting abusive and violent once he’d been drinking. He always said sorry the next morning and convinced me that we were going to be OK. I was young, I believed him.

“When I got pregnant with my son; he was so caring and loving. When my son was born, the violence started again. He said I cared more about our son, than him. He would invite his friends round to drink at our house until the early morning and then wake me up to shout at me and hit me once they had gone home.

“I had a daughter a few years later and, again, he was lovely while I was pregnant. It was so scary, trying to protect my children and myself. I never knew what mood he was going to come home in.

‘He hit me when kids were asleep’

“His behaviour got worse. He used to only hit me once the kids were asleep, but he started getting really paranoid. He’d check the petrol in my car, time my journeys to the school and work and would get really angry if I was more than a couple of minutes late. He used to get angry if I spoke to anyone on the road, or outside school, so I started to keep myself to myself. I eventually had to leave work because I was a nervous wreck.”

Eventually, Samira took strength from her children who could see what their father was doing to her and wanted him gone. She decided to speak out and seek help.

“We had a lot of help from the council, police and friends when we finally told them,” said Samira. “We were lucky. I was lucky – my children grew up and knew it was wrong. They saved me.

“I’ve rebuilt my life and my home and our family is now the best we’ve ever been.

“I would advise anyone reading this that might be in a similar situation to speak to someone. Just having someone to talk to could save your life.”

Help on the end of a phone

Domestic violence is not only about physical abuse, but it can also be emotional and sexual abuse. In some cases, it can include rape within a relationship, or involve one person using financial control over another.

They are acts of violence and aggression, and do not only affect women. Children and men can also be the victims of sexual assaults. They leave the victim traumatised, frightened and in need of care, comfort and help to heal.

If it happens to you, it is important to remember you are not alone and that help is available. Do not suffer in silence.

Speak to someone you trust. There are lots of services, including the police, voluntary groups and GPs, who are all committed to work together to help you.

Where to find help

There is a list of organisations that are trained to help you. Click here to view lots more advice and a list of contact details on the council’s website. There are ‘leave this page quickly’ options on the page, in case you are worried about being seen.

*Name changed to protect her identity. Pictures are of models.