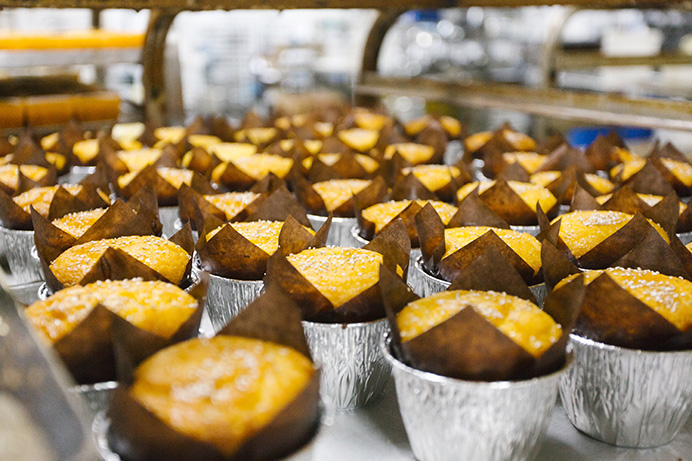 A ‘fantastic’ package of free training and mentoring offered by the council has helped small, local companies to grow, including Debaere: A patisserie and bakery based in Perivale.

Over the last two years, Ealing Council’s regeneration team has been offering support to small businesses based in the borough through a programme, run with Branduin Business Support, that was fully funded by the council and backed by the Mayor of London.

It featured workshops led by expert trainers which covered topics including social media, customer service, winning contracts and business planning. And this was supplemented by one-to-one mentoring sessions and ongoing advice and support.

‘Support has been fantastic’

Bakery and patisserie company Debaere is one of the local businesses to have benefited from the programme.

Over two decades, it had already built up a reputation within the industry for the quality of the food it supplied to a number of corporate customers as well as cafes and restaurants. But in the last year it has used the advice from the Branduin programme to help it branch out further. It intends to push its brand to the public as well – to become not just a supplier but a retailer in its own right, too.

Sales manager Andy Gittens said: “We supply our handmade breakfast pastries and cakes to a number of artisan coffee shops, restaurants and retailers in the UK.

“Some of our key Ealing stockists include Fade to Black in Hanwell; as well as The Fifth Taste in Ealing; and Patri and Element Coffee in Northfields.

“To date we’ve received a number of one-to-ones with Steve Forey of Branduin, and we’ve also attended group sessions looking at areas such as website design and effective business tenders. The support has been fantastic. We’ve received support with marketing, promotional material, and generating new sales leads.

“Our business ideas have been challenged by the coaching sessions, we have received good constructive feedback, and been introduced to other local businesses which have been supported by the services.

“The introductions to other businesses have really helped us to network, raise brand awareness, and to collaborate.”

‘We are very excited’

Andy continued: “To celebrate our 21st year we recently opened our very own patisserie pod with speciality coffee in St Ann’s Shopping Centre, Harrow. We’re very excited about our pod, where we can showcase our popular lines including our famous red velvet cake, tiramisu and artisan macarons. We’ve also partnered with speciality coffee roasters The Roasting Party and we’re looking forward to having a fixed venue at one of the Ealing markets this year. We’ll be able to say more about that very soon.”

Debaere was launched by Ric De Baere in 1998, a master pastry chef from Belgium. Its first base was in Acton, but it relocated to Perivale in 2015. Today, two directors own Debaere, Kaleem Bhutta and Terry Morgan.

Andy added: “We currently employ approximately 60 people. The majority of our team are from Ealing, and the surrounding areas. We have three shift patterns for our patisserie team, and we operate 24/7 because of the continuous operations for preparing our products and packing our products for delivery.”

With the pod open, showcasing Debaere products direct to the public, and a market presence in Ealing coming shortly too, you may start to see the name Debaere around more often.