Home > Cycling with the WOW factor 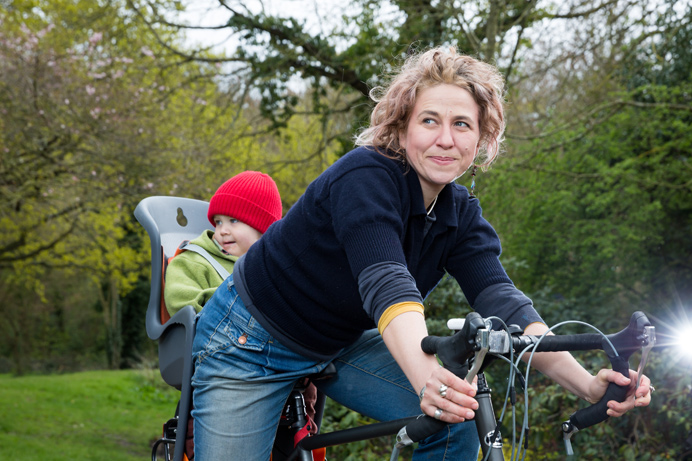 Cycling with the WOW factor

A new initiative has been started by Ealing Council to encourage more women to cycle and overcome perceived barriers to taking to two wheels – whether it is having children, or just a lack of know-how or confidence.

The project is called Ealing Women on Wheels, or Ealing WOW for short. You may have watched our video during the summer.

Indeed, things got started over the summer with several special events – but it has not stopped there.

You can follow news of activities on Twitter using the hashtag #Ealingwow and visit www.ealing.gov.uk/wow to get the latest information. Or you can visit the WOW Facebook page. You could find opportunities to:

Alternatively, you can email travelgreen@ealing.gov.uk to find out more and to sign up to receive email updates with all the latest information.

By getting involved you will also get the chance to benefit from free bike maintenance, online bookings, bike recycling, and much more.

WOW: ‘It is for women of all shapes and sizes’

Saredo Mohammed is 21 and lives in Southall. She recently took up cycling again and is encouraging other women to do the same. She was one of the cyclists to feature in the video.

She said: “I have cycled since I was a little girl but then I just stopped. But I’ve now picked it back up again and I have been spreading the word about Women on Wheels and following #Ealingwow for updates. It is for women of all shapes, sizes and ages.

“My mood definitely improves when I cycle, I’m happy that I’m not being stuck on a bus or in a car or in traffic. I definitely also feel more connected to the community when I’m discovering lovely parts of the borough whilst riding that I’d never know existed otherwise. It is always fun. I am currently saving up for a new bike and can’t wait to start riding it to work.”

Rachael Nolan, who lives in Hanwell, was a keen cyclist and wanted to keep it up when she had children. She said: “It has been a bumpy ride.”

With the blessing of her midwife, Rachael kept cycling when she was pregnant with her second child: “This wasn’t always looked upon favourably by people who saw me out and about on my bike,” she said. “They dismissed me as irresponsible.”

But Rachael says that cycling while pregnant helped keep her fitter and more active than she would have been otherwise, and she managed to laugh off the criticism: “Cycling is a great way to get some family time, stay fit, see the borough and have some fun,” she said.

It turned out to be much harder to keep cycling after her second son was born and Rachael began relying on the car as the easy option to get around.

However, she then discovered the council’s free ‘cargo bike’ hire scheme and the family was able to start incorporating cycling into their life again, and Rachael said: “Having a cargo bike has helped me stop relying on the car and I now take my two children to school by bike.”

The family have since bought their own cargo bike, which nearly always causes great excitement when Rachael rides it to the supermarket, takes the boys to school or takes them to the park – with many people asking where she got it.

“My cargo bike is safe for my children,” said Rachael. “Most drivers are considerate and if anyone needs to get past I just pull over. I wish more parents had the confidence to give it a try.”

Cargo bikes can be hired at www.londonbikehub.com/in-your-area

When Erika Severini (pictured at the top of this article) was expecting her first child, and sensing she had started labour, she jumped on her bike and arrived at hospital before her contractions became too overpowering.

Her husband managed to get there 45 minutes later, in time to see their son Gabriel born. The experience appears to have rubbed off on Gabriel, now six years old, who has been cycling since he was four and often joins his parents and little brother on weekend bike rides.

Erika, who works in Ealing, said: “The perception around cycling is that it’s unsafe, especially for children, to be on the roads and this is stopping families from getting out and about on their bikes. However, with all the support available, including free cycle training sessions – especially those for families – and guided social rides, it makes it much easier.”