Home > Film tells how Ealing was ‘cradle of British rock’ 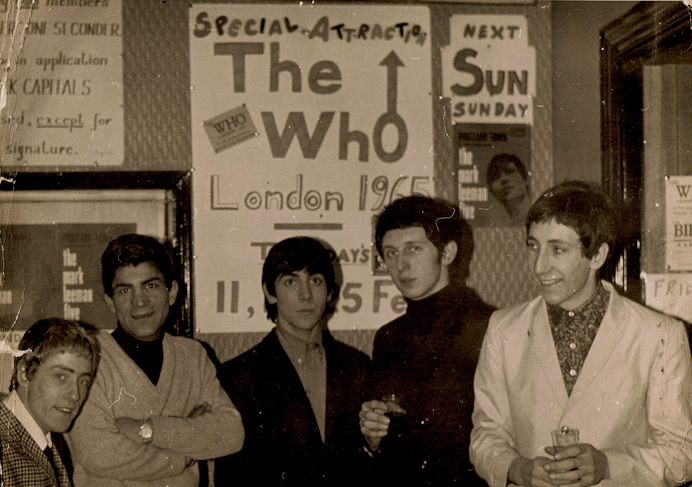 Film tells how Ealing was ‘cradle of British rock’

A new movie is being premiered in November that tells the tale of how 1960s Ealing earned the label ‘the cradle of British rock music’ and played an influential role in the growth of one of the biggest cultural phenomena to hit the world in the 20th Century.

Ealing was at the heart of the formation of legendary bands such as the Rolling Stones, Cream, Fleetwood Mac, Manfred Mann, Jimi Hendrix Experience and numerous other such luminaries of electric guitar music.

But, as the new film Suburban Steps To Rockland – The Story of The Ealing Club explains, you may be surprised at just how humble the club was where it all began. You can watch the promo video above – and see the bottom of this story for details of the premiere.

The place where it all began

The central ‘character’ in the film is the Ealing Club, or Ealing Blues Club as it was also known: A small sweat-box of a basement room opposite Ealing Broadway Tube station.

It was, of course, where bands such as the Rolling Stones were formed, and cut their teeth. But the story runs more deeply than even that.

In March 1962, Britain’s first rhythm and blues band was advertised in the music press, setting off a scene that featured ‘electric blues guitar, pounding drums, screaming vocals and a bit of harmonica’ as a key feature.

It was at the Ealing Club where Alexis Korner’s Blues Incorporated, featuring Cyril Davies on blues harp (harmonica), inspired dozens of musicians and where the scene kicked off.

As music journalist Bob Harris stated, the club was: “A springboard for many of the great careers we have seen in British music.”

Paul Jones, later of Manfred Mann, explained in the film how he was one of many singers, including Mick Jagger, who would gather in a throng in front of the stage with the aim of catching Korner’s eye and be called up to join in. Korner introduced Jagger and Keith Richards to Brian Jones at the Ealing Club, forming the nucleus of what was to become The Rolling Stones. Eric Clapton would also take part.

Meanwhile, up the Uxbridge Road in Hanwell, Jim Marshall opened his first shop which was to give birth to the global music company Marshall Amplification. The business now sponsors the annual music festival The Hanwell Hootie in tribute to its founder. In the 1960s the shop attracted all of the musicians from the Ealing Club who were to change the music world.

The film was born when Italian-born filmmaker, and former musician, Giorgio Guernier teamed-up with the Ealing Club Community Interest Company (a not-for-profit organisation that promotes the area’s music heritage and also seeks to attract live music to the borough).

Alistair Young, co-founder of the Ealing Club CIC, said: “It’s no surprise that Mojo credited The Ealing Club with the title of ‘the cradle of British rock’.

“The number of great musicians who cut their teeth or launched their careers there is breathtaking and it was a story we felt compelled to tell.

“More than 50 years on we are still proud to carry forward the name associated with this legendary location and the film was a labour of love. We hope by making Suburban Steps to Rockland with Giorgio we will not only make far more people outside of Ealing aware of its pivotal role in the cultural landscape of Britain and the world, but also make people who live in the borough proud of their area’s musical heritage.”

The Who’s Pete Townshend also appears, holding forth about the Ealing Club to an audience at a local theatre.

As Alistair explained, the club had an unlikely and tentative beginning, being born out of what had, up until then, been a jazz club.

“Alexis Korner and his friends were closely related to the skiffle movement,” said Alistair. “And, at the time, lots of clubs, especially folk and jazz clubs, didn’t allow amplified music. It was mainly a drinking club at the time but Korner and his Blues Incorporated group saw the potential that was there for experimenting with electric blues music. Fortunately, the leaseholder, Ferri Asgari, agreed and was happy for them to play there.

“The original club was a bit grungy but atmospheric. The condensation meant that water came through and dropped on drummers’ heads – including Charlie Watts of The Rolling Stones, Ginger Baker of Cream, Mitch Mitchell of The Jimi Hendrix Experience and Keith Moon of The Who.

“This amazing array of young musicians was hugely into the blues and the Ealing Club was the first place they could actually go to and be able to listen and play ‘their’ music. Even more remarkable was the way they ended up creating something original themselves and spawning a music scene that became global.

“That this club was in Ealing makes it all even more exciting.”

Sadly, The Ealing Club lasted only four years because the scene expanded and larger venues took over. It was converted into a casino and then a nightclub, now known as The Red Room. A blue plaque was unveiled to the site’s history on 17 March 2012, exactly 50 years after the opening night of the blues club.

Suburban Steps To Rockland – The Story of The Ealing Club will premiere at The Barbican on 4 November (being organised by The London Doc ‘n Roll Festival). Further screenings are planned locally in the new year.