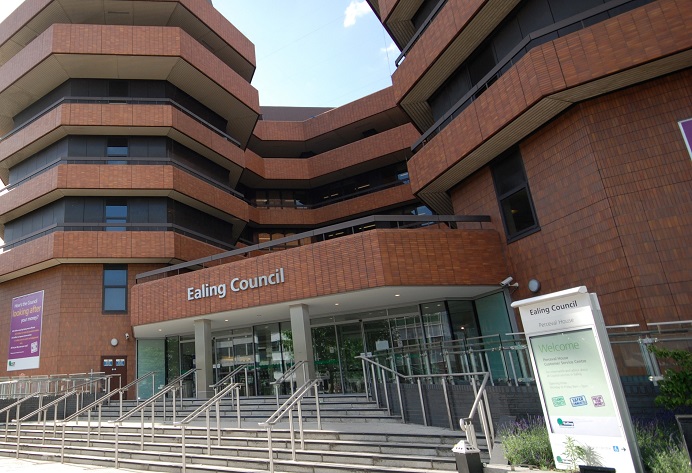 Ealing Council has slashed its headquarters’ energy bills by more than a million pounds and the building has received its best ever energy efficiency certificate.

Perceval House, in Uxbridge Road, was recently given its highest rated Display Energy Certificate (DEC) to date after embarking on more than seven years of energy efficiency improvements since 2012. In the process, the council has saved a total of £1.2million in reduced energy bills at the five-storey building.

In 2012 the building had a G-rated energy assessment, the lowest band on the DEC rating system. This meant that the building was significantly underperforming in terms of efficiency, with energy and money being wasted and having a far larger carbon footprint than needed.

Currently the head office has a rating of a D, meaning it performs better than a typical building of its type and size. Council officers from the sustainability and facilities management teams have made immense improvements and will continue to introduce measure to further reduce the council’s energy bill.

The works included infrastructure upgrades such as more efficient lighting, controls and cooling the IT server room with natural ventilation.

Since these works were complete in late 2015, work has been carried out to continue to reduce energy consumption even further.

Lucy Taylor, the council’s director of regeneration and planning, said: “Achieving such dramatic savings for a number of years is a credit to the work of the officers involved. They’re leading the way in terms of creating a more sustainable working environment. The council continues to reduce its energy consumption across its buildings and encourages staff to be aware of their usage.”

If you would like to reduce your energy bills, take part in the Big London Energy Switch. It’s free and an auction is being held on 21 May. Sign up here.