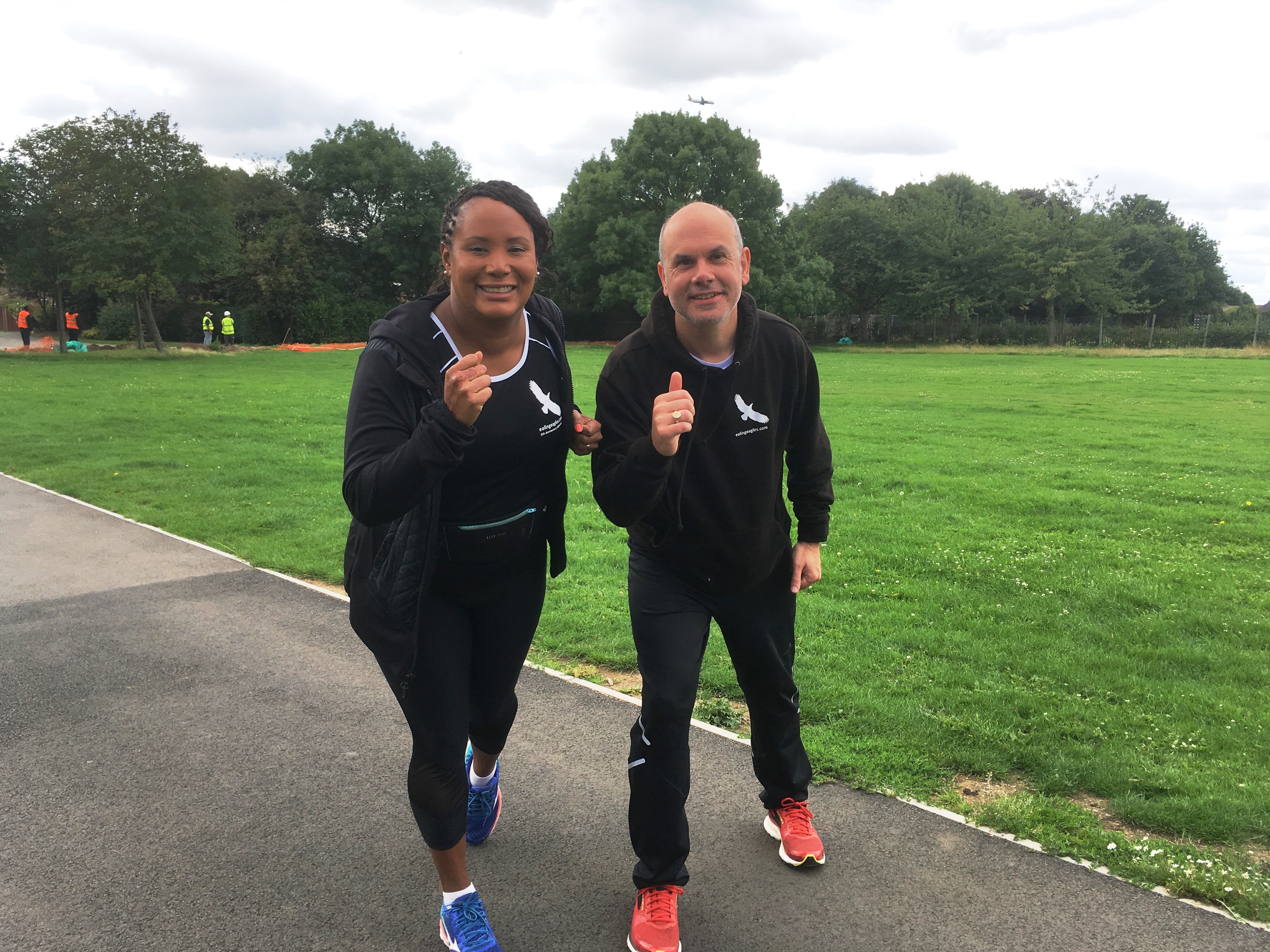 Ealing mum: Couch to half marathon coach in two years

When Northfields resident Che Odlum de Vivenot took part in a beginners running course in 2015, never could she have imagined she and her husband James would go on to put together and coach a team to take part in Ealing Half Marathon.

Mother-of-two Che (pictured, with James) took part in the free Ealing Eagles beginners’ programme as a complete novice just two years ago. After graduating from the programme she was keen to keep running and, with the support of the club and its coaches, she gradually built up her fitness, going from attending weekly 5km parkruns at Gunnersbury to tackling 10km races.

After that there was just no stopping her as she went on to compete in the Ealing Half Marathon, Great North Run and even the Marakesh half marathon.

“I think people imagine that running is an activity reserved for very sporty people, who are already fit and that running clubs are for athletes, but that really isn’t the case,” said Che.

“I’m not the fastest runner, but if I can take up running then nearly anyone can. It’s a fantastic way of getting exercise and it opens up a whole world of opportunities. You can run virtually anywhere and all you really need is a pair of trainers and some basic sports kit.”

Che’s new challenge is helping a team of 32 parents and teachers at Mount Carmel Primary School, where her daughter is a year 5 pupil, to train for the Ealing Half Marathon on Sunday, 24 September.

Her husband James de Vivenot, who is also a coach and Ealing Eagle, put together a training plan to get them ready for the event as part of the Ealing Half Marathon schools’ challenge.

The group have been meeting several times a week to train and have set up a WhatsApp group to stay in touch and encourage each other through the training programme. They have also had the support of fellow parent and personal trainer Elly Mathews and parent-governor Jonathan Martin, who has helped to co-ordinate with the school and raise awareness.

Between them, the runners are expected to raise thousands of pounds for the school and Ealing Half Marathon’s official charities.

“Many of the team are completely new to running and it’s so inspiring to hear how much they are getting out of the training,” said Che. “Many of those taking part couldn’t run for more than a few minutes continuously when they started, but they have all now completed runs of at least 10kms. They are gaining in confidence all the time and I’m sure they will keep running in future.

“I know that not everyone can join a running club, but there is so much help and support available now.  The NHS Couch to 5K app is a great programme to help people get started on their own. There are also loads of online groups and forums where people can get tips and support or find other local running groups to go out with.”

As part of its Get Moving campaign, the council is encouraging people to be more active because of the enormous health benefits. Running is a great way of getting aerobic exercise and getting started is easy.