Home > Cherry with a Japanese flavour at Gunnersbury 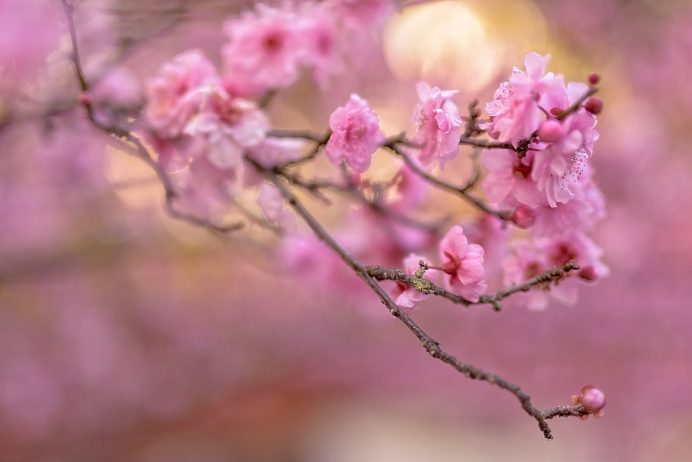 Cherry with a Japanese flavour at Gunnersbury

Following on from the cherry trees planted at a local primary school recently, a celebration was held for another 80 that were gifted to Gunnersbury Park to create a beautiful new grove in its grounds.

These were both part of the Sakura Cherry Tree Project, which has seen 6,500 Japanese cherry trees –’Sakura’ in Japanese – given to the UK by Japan. They have been distributed to more than 400 schools and 160 gardens and parks across the UK.

Last week, Gunnersbury welcomed the Sakura Project Team, a Japanese Embassy minister, local dignitaries and representatives of the local community at a special event to celebrate the planting of the trees, which was carried out by Gunnersbury volunteers and Capel Manor College horticultural students in November 2021.

The planting of the cherry trees was intended to leave a legacy from the Japan-UK Season of Culture 2019-2020, which showcased Japan’s multi-faceted attractions and celebrated Japan’s relationship with the UK.

Though events were disrupted by the pandemic, Gunnersbury was able to complete its planting in 2021.

This was led by Michael Rowan, one of the trustees of the Gunnersbury Museum & Park Development Trust. A longstanding aim had been to revitalise an area of the park planted in 1900-1 as an Anglo-Japanese Garden by Leopold de Rothschild and his skilled gardener, James Hudson, before the estate became a public park. The new trees are just a few minutes’ stroll away from this site.

Howard Simmons, the trust’s chairman, said: “Our trustees were thrilled to discover that Sakura were prepared to donate trees to Gunnersbury. We hope that many local residents will now come to the park every spring to see the exceptionally pretty spectacle of the cherry trees in blossom.”

David Bowler, chief executive officer of Gunnersbury CIC, said: “We’re delighted to have been given the cherry trees by Sakura UK – they are a wonderful addition to the park landscape.”

All of the varieties of cherry trees to be planted as part of this project are of Japanese origin. The vast majority will be of three varieties, Beni-yutaka, Taihaku, and Somei-yoshino, which have been chosen for their variation in colour, timing, and historical significance. For example, Taihaku is a large, single white blossom variety, which became extinct in Japan but was reintroduced to its homeland by Britain’s Collingwood ‘Cherry’ Ingram (1880-1981) in 1932.

Photo at top of article (cherry blossoms at Cherry Blossom Festival, Japan) by Sidneiensis via Flickr and Wikimedia Commons.