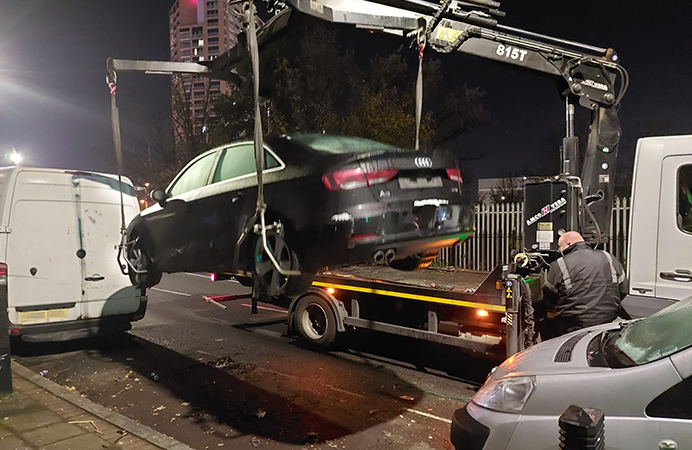 This week, the council removed 21 cars that had been left illegally in the borough’s streets during a night-time operation with the police.

It followed complaints from residents about an increasing number of vehicles being left on the street, taking up parking spaces, with their registration plates removed.

The cars were towed away from Wadsworth Road in Perivale, Park Avenue in Hanger Hill, and Coronation Road in East Acton, between 11pm on Tuesday (22 November) and 4am on Wednesday (23 November).

In each case, the vehicles had either got missing registration plates, significant body damage so as to make the vehicle unsafe to drive, no registered keeper, or road tax expired by more than two months.

Why a night-time operation?

The decision was made to remove the vehicles at night when garages were closed. This was because it has become a practice in some garages to buy vehicles at auction and then store them illegally on the public highway either for spare parts or to fix and sell on. Removing the registration plates prevents parking enforcement officers from issuing parking notices. And, when a tow truck arrives to move the car during the day, someone from the garage will appear to claim the vehicles, so the tow truck leaves.

Councillor Deirdre Costigan, the council’s cabinet member for climate action, said: “We will endeavour to remove dangerous and unsightly vehicles left illegally – whether dumped completely or left anti-socially and in contravention of the rules. This night-time operation by our officers in partnership with the police was in direct response to complaints about local people’s everyday lives being made unnecessarily difficult.”

It would be useful if you can first do a quick check on the government’s website to see if the vehicle has valid tax and MOT.

You can then report it to the council. Officers will attempt to contact the registered keeper first and then get them to tax the car or move it, or both. Failing that, the car can be removed. 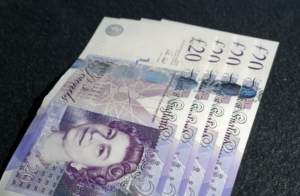 ‘Buck being passed to councils and local people’