Home > Brompton geared up to help, despite virus disruption 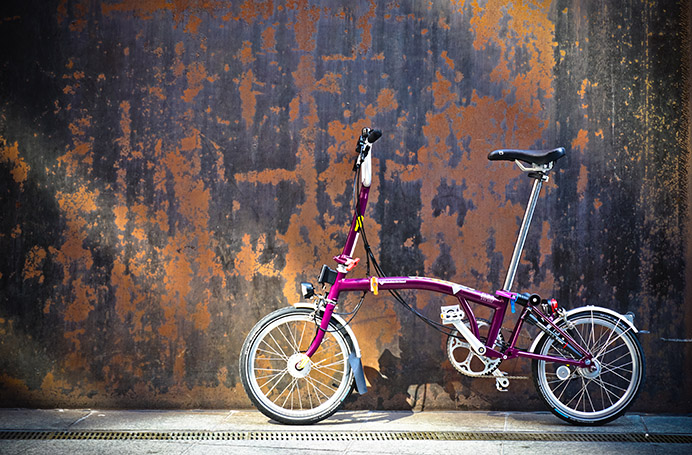 Brompton geared up to help, despite virus disruption

The coronavirus emergency has proved to be a huge challenge for local businesses. But some have found innovative ways to adapt – including Greenford-based Brompton bikes, which swung into action to help keyworkers during the crisis.

When the UK’s lockdown was declared in March, bike stores were one of the few non-food businesses allowed to stay open. Since then sales of bikes have boomed by as much as 40% and sales of Brompton bicycles have increased dramatically compared to April and May of last year.

With commuters deterred from using public transport, two wheels are the new way to go – and many are opting to hop on an iconic Brompton bike.

Born in west London in the 1970s, Brompton Bikes relocated its UK base to Greenford in 2015 and now manufactures more than 50,000 of its fully foldable bikes a year at the site. By the start of 2020, the company was employing over 200 people in Ealing, and had become the UK’s biggest manufacturer of bikes.

With Brompton rental hubs dotted around the borough, Julian Scriven, the company’s managing hire division director, had just unveiled their first bike dock at Copley Hanwell W7 – free to join for people in affordable or social housing. Julian said: “We have a mission to change the way that people move around cities; and give them the joy of not sitting in a traffic jam.”

He added: “When the crisis hit, we responded really quickly by launching the Wheels for Heroes campaign. Our aim was simple – to get 1,000 free Brompton hire bikes out to NHS staff, so they could get to work and out and about safely and swiftly.

“We put £100,000 in production costs into the campaign and then kickstarted a Crowdfunding page, which has raised £320,000. Together, this helped us produce bikes at below cost price to lease back to key workers free of charge – helping them to avoid public transport.”

So far, the company has had 500 new bikes roll off the production line and on to roads up and down the UK to be cycled by the 2,000 key workers signed up to the scheme.

Julian said: “It has been fantastic to be able to help in a small way and the feedback from the NHS staff has been unexpected and frankly heart-warming. We are delighted to see so many key workers able to get to work safely. Now we want to do more. Circumstances pending, we will aim to build up to an additional 1,000 bikes.”

Coming on board the Wheels for Heroes campaign were some cycling legends, including Chris Froome and Kevin Pietersen, who took part in a virtual race live on Sky to bolster funding. All funds raised from this event will go towards installing permanent bike docks into hospital trusts for all staff.

Will-Butler-Adams, the CEO of Brompton Bikes, said: “When we started Wheels for Heroes, we thought there was a need, so we thought let’s just do it. What we want to do now is get the funding to stimulate a lasting legacy of cycling.”

Others in our series on local businesses in COVID-19