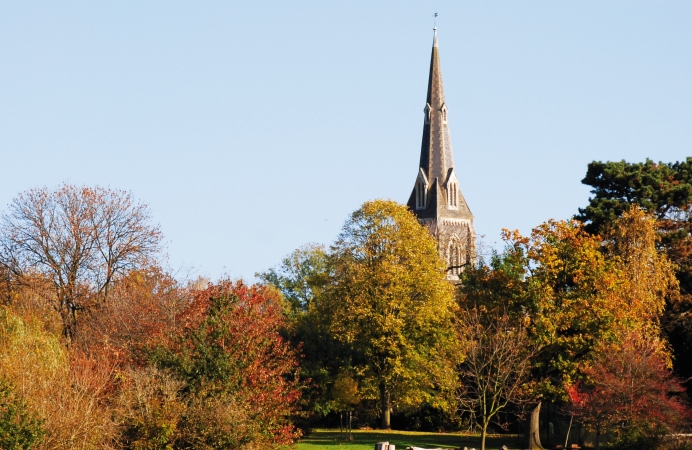 Local people have the chance to give Brent Lodge Park the recognition it deserves by helping it to be crowned the best park in the country.

‘The Bunny Park’, as it is known locally, has been nominated for the UK’s Best Park 2017 in a national competition which searches for the best green spaces across the country.

The annual competition is run by Fields in Trust, a national charity advocating the importance of parks for play, sport and recreation.

You can cast your vote for Brent Lodge in a matter of seconds by visiting the Fields in Trust Website. Voting is the perfect opportunity to show pride in the local area and let the country know about this beautiful green space, just one of so many across the borough.

Last year more than 200 parks across the nation were nominated and the competition will be just as tough to win this time round. That is why everyone who enjoys and visits Brent Lodge is urged to cast their ballot and encourage friends and family to vote, giving it the best chance of winning.

Brent Lodge Park has always provided a memorable day out for locals and visitors alike. With more than 50 species of animal, from meerkats and lemurs to cranes and capybara, Hanwell Zoo is one reason why Brent Lodge Park is recognised as one of the very best family days out in west London. You can find out about the zoo and all the animals that live there via its Facebook page.

There is also plenty more to see and do, with great walks through the park’s open spaces, and alongside the River Brent. Brunel’s magnificent Wharncliffe Viaduct is also close by and well worth a look at.

Councillor Bassam Mahfouz, Ealing Council’s cabinet member for transport, environment and leisure, said: “It’s an achievement in itself for Brent Lodge to be nominated for this national award, alongside so many beautiful green spaces. But we want to ensure that it gets the ultimate recognition it deserves and is crowned the Uk’s best park, which is why I’m encouraging residents and visitors alike to vote for Brent Lodge and give it the best chance of winning.

“Ealing is rightly known as one off the greenest and most beautiful boroughs in London and I am sure that like me, local people will feel great pride in seeing Brent Lodge recognised amongst the very best parks in the country.”

Voting is now open and will close at 5pm on Friday, 3 November. The park with the most votes in each of England, Wales, Scotland and Northern Ireland will be shortlisted, with the winner announced on 29 November.