Home > Black History Month and the work of Descendants 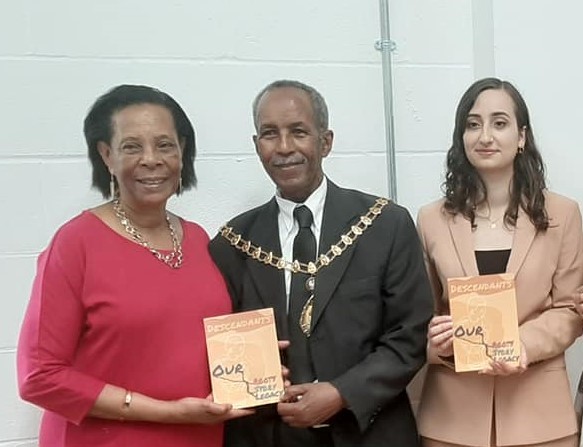 Black History Month and the work of Descendants

Its Black History Month and charity Descendants have had their work recognised with the Queens Award for Voluntary Service 2019.

This year they celebrate over 27 years of working in Acton with young people primarily, but not exclusively, of African and Caribbean descent.  They deliver an environment where young people can learn together to appreciate each other’s cultures and traditions, enabling them to develop a true sense of pride in themselves and others.

The charity was established in 1993 and has  grown to receive notable recognition in the community and in the lives of young people.

The Descendants’ founder, Margaret Noel was born in Grenada and came to the UK in 1961 during the Windrush era. She is a mother, grandmother, and a former qualified nurse who retrained as a probation officer.

Ealing’s Mayor, Councillor Dr. Abdullah Gulaid said: “As the first Mayor of Ealing of African descent I am delighted to be supporting Black History Month with my chosen charity The Descendants at their annual meeting on 30 October.”

Descendants  celebrate their 27th year anniversary at their annual meeting on 30 October.  You can register to attend here.

Inspiring the next generation

“Kim Noel was the inspiration behind the setting up of the annual Achievement Awards. We named them after our past Patron, Dr John Roberts CBE QC, the first Black QC in the UK,”explained Margaret Noel.

She added:  “Descendants has been built by hundreds of dedicated volunteers who generously gave their time and expertise.  This is captured in ‘Our Roots, Our Story, Our Legacy’ was presented on 22nd June 2019 by our former patron, Dr John Roberts CBE QC.

“This book is dedicated to all those who have volunteered with Descendants charity to bring educational activities over the past 27 years; many are no longer with us but have left a lasting legacy.”

For more information and to make a donation visit: www.descendants.org.uk