Home > Be inspired by Paralympic stories at Gunnersbury 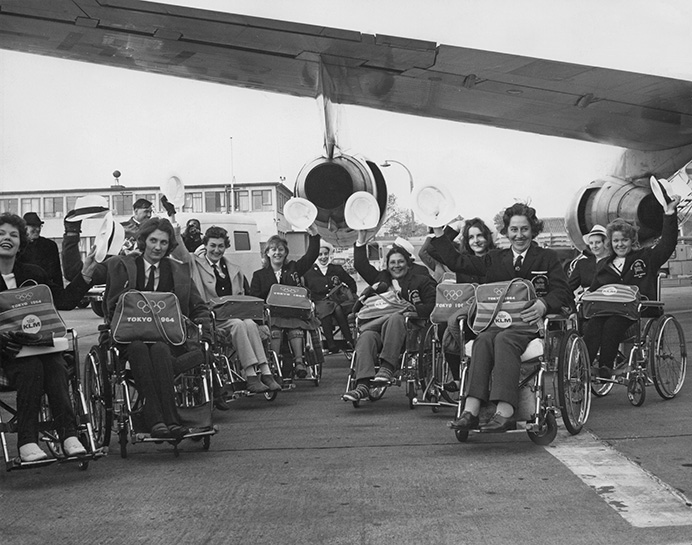 Be inspired by Paralympic stories at Gunnersbury

On Saturday (15 June), a new exhibition will open at Gunnersbury Park Museum celebrating the development of the Paralympic movement – and stories of athletes past and present.

Running until 1 September, the Paralympic Heritage: Stories from Ealing and Hounslow exhibition will feature stories and memorabilia from Paralympians, who have contributed to this inspiring part of British history. This includes Hugh Stewart-Mackenzie, one of Britain’s early Paralympic athletes, who lived in the local area. Other ‘locals’ include several current, top Paralympians – equestrian Natasha Baker; fencer Dimitri Coutya; and basketball player Gaz Choudhry.

Amy Dobson, assistant curator at Gunnersbury Park Museum, said: “I am really excited to be able to share some of the stories of our local Paralympians and sports groups. Ealing and Hounslow both have a rich heritage when it comes to disability sports, and I’m glad that through this exhibition with the National Paralympic Heritage Trust, we are able to give some of these stories a much-deserved platform.”

The story of the Paralympic Movement began at Stoke Mandeville hospital, near Aylesbury in Buckinghamshire, in 1948. German neuro-surgeon Professor Sir Ludwig Guttmann organised an archery competition for Second World War servicemen with spinal injuries to help with their rehabilitation. The success of that competition and the change he saw in his patients spurred him on to develop an annual games. By 1960, those games had become so internationally popular that it was agreed with the Italian government that they would be held in Rome straight after the Olympics. The Paralympic Games was born.

Professor Guttmann changed the lives of many people with disabilities across the world and started to challenge perceptions of disability in society. The story of how he did it and of how we continue to develop his vision as a nation is the subject of a new series of exhibitions – including this one at Gunnersbury – that are being toured by the National Paralympic Heritage Trust with the support of the Heritage Lottery Fund.

Vicky Hope-Walker, project manager at the National Paralympic Heritage Trust, said: “We are delighted to be bringing this small-scale exhibition to Gunnersbury Park Museum, to celebrate large scale Paralympic achievement alongside the grass roots achievement of local disability sports clubs who provide the means for up and coming disabled athletes to rise into stars.”

The National Paralympic Heritage Trust invites people to share their own memorabilia and stories for documenting as part of a national archive record. More information can be found on the Trust’s website at www.paralympicheritage.org.uk

Photo at top of article: Para-athletes on their way to the 1964 Tokyo Paralympic Games. Courtesy of Getty Images, via National Paralympic Heritage Trust.