Home > ‘Lots of roads to go down’ as an apprentice 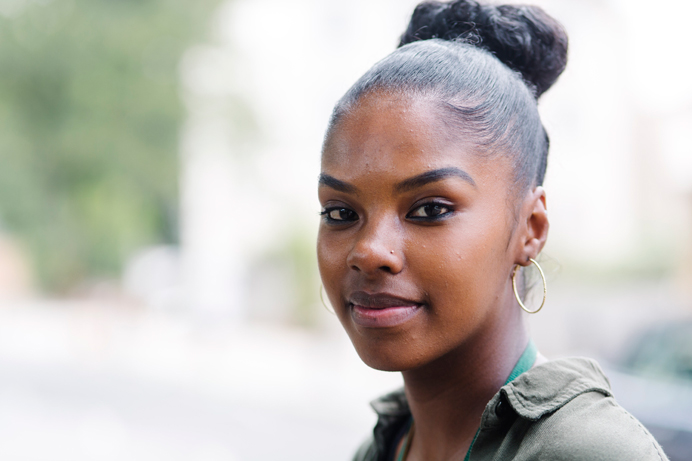 ‘Lots of roads to go down’ as an apprentice

One week into the job and the future was already looking bright for Ealing Council apprentice Tahiry Hamlyn (pictured). “It was completely different to what I was expecting but in a good way,” she said.

Tahiry, who is an apprentice for the council’s school travel team, said: “Sometimes people don’t know what they want to do but once they are on an apprenticeship there are lots of different roads that they can go down and I feel like for me it has been a massive help and I have only just started.

“I decided to do an apprenticeship because I have a daughter so I wanted to study at the same time as her,” explained Tahiry.  “I haven’t been in education for a while and I thought I would need to something to get me back on track but at the same time get paid. I wanted to prove to myself that I could do it as well.

“The fact that you are earning and learning at the same time is a big help. Right now I am going to be working toward my business administration level two and I think that having it will be an extra boost of confidence and I can put it on my CV and say ‘I did that’.”

As part of the council’s school transport team Tahiry’s role supports the team in helping schools to encourage families to ditch their cars and walk, scoot and cycle to school safely gaining health benefits and improving the local environment the same time.

“I thought that I would literally be sitting at a computer all day but I also get out and about and there are many different jobs that I am doing,” said Tahiry. “It has been a different experience and I find it really interesting. I like that I get the opportunity to network with people from other departments and service areas. I just think Ealing Council is a good place to work.

“I know that if I work with my team long enough that I could make a difference. I reckon I will be in a good place in five years, doing even bigger and better.”

The council apprenticeship scheme recruits 25 people each year. Apprentice placements are open to anyone more than 16 years of age and not in full-time education, including those who have recently left school, have been working for years, or even seeking a career change.