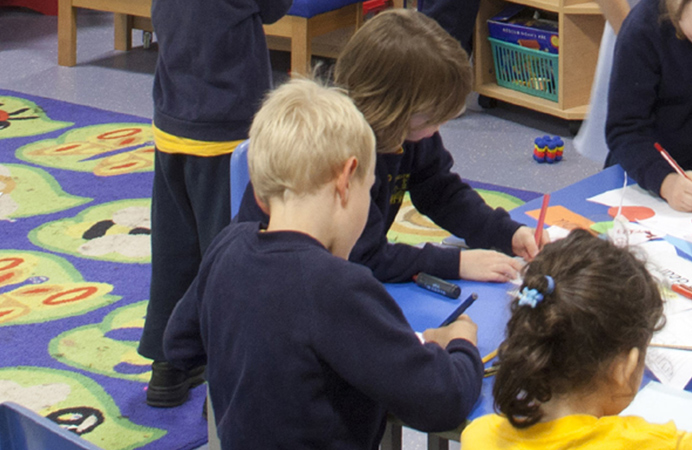 Time to apply for primary school

Applications for pupil places are being received – and will be accepted until the cut-off point of 15 January 2017.

Under the London-wide primary school admissions scheme, parents living in the borough will submit a single application to Ealing Council, listing their
preferences, even if they are applying for a place at a school outside the borough.

The system helps prevent delays because it means parents will get only one offer of a place and everyone will receive them on the same day.

WHAT YOU NEED TO DO

All parents and carers living in the borough need to list up to six different schools that they want to apply for, including any that are located outside
the borough (but not private schools).

Your choices have to be ranked in order of preference, from one to six.

This is important because only one offer can be made to you and this would be from the highest ranked school at which your child qualifies for a place. People living in other boroughs need to apply to their own local authority.

The closing date for applications is 15 January 2017. After that date applications will be considered as being late and parents may not be able to be offered any of their preferred schools.

Please note: If you do not complete both Ealing’s common application form and the school’s supplementary information form then your application will not be regarded as valid. If you require further information please contact the school(s) concerned.

Applying to schools outside the borough: If you live in Ealing but are applying for a place at a school in another borough, it is important that you read the primary prospectus for that borough to ensure that you understand the admission criteria for the schools that you are interested in applying to.

Councillor Binda Rai, cabinet member for children and young people said: “Last year a change was made to the admissions process. Schools no longer have ‘catchment’ areas. Instead, applications are assessed on straight-line distances from schools. Some parents were faced with having to do multiple
school drops every day, so it made sense to change the admissions criteria to help keep siblings at the same schools. The changes removed the anomaly where families sometimes could not secure a place at a school they lived close to, because of where the catchment boundary fell. It is now much fairer.”

After the deadline on 15 January 2017, the applications will be processed. Then, on the pan-London offer day on 17 April 2017, an offer will be made to all applicants, as far as practically possible.

If a school is over-subscribed, its published admission criteria will be used to decide the order in which applicants are offered places.

To make sure nobody is offered more than one school place, the pan-London admissions system will co-ordinate all of the offers made to parents who have applied for places at schools in other areas.

Councillor Rai said: “I encourage people to come to our events so they can get expert advice on applying for primary school. It could help you make decisions; and also help you avoid errors such as making unrealistic choices or only applying for one school.”