Home > An abandoned car on the street…or is it? 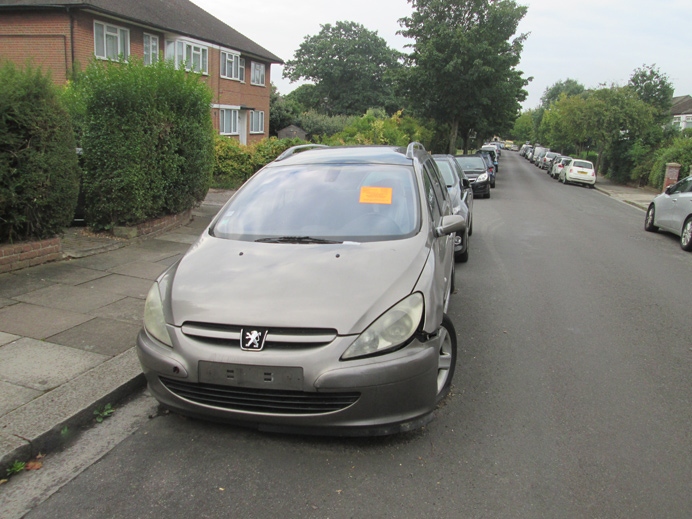 An abandoned car on the street…or is it?

Cars dumped on the borough’s streets are unsightly and inconvenient for residents – but, surprisingly, only a small percentage of the vehicles reported to the council are found to be genuinely abandoned.

In fact, last year, very few of the cars reported to the council’s specialist service were actually found to be abandoned and were taken away to be crushed. Often the cars in question were just poorly parked and many could not even be located by investigators, meaning they had probably been driven away by their owners.

Ealing Council is asking residents to only report a car as abandoned as a last resort – when they are sure it has been dumped. Look out for signs such as deflated tyres or missing wheels, litter built up around it, rust, accident damage, missing number plates, and whether it has been stationary for a long time.

A car is not deemed abandoned if it is parked legally on the road, is not breaking any traffic laws, has valid tax, is in good condition or is not causing an obstruction.

Councillor Mik Sabiers, the council’s cabinet member for environment and highways, said: “We will endeavour to remove dangerous and unsightly vehicles left behind by owners – but we are also asking local people to be sure that a car is genuinely abandoned before they report it to us.”

Here is a handy set of questions to help determine what action to take if you see a car that may be abandoned.

Is it taxed? Tax disks are no longer used for vehicles so you can visit www.gov.uk/check-vehicle-tax and enter the vehicle registration to check. The council does not collect untaxed cars so these should be reported to the DVLA by calling 0300 790 6802 or via website.

Is it dangerous? If a vehicle is dangerously parked, causing an obstruction or is a hazard to other road users, it should be reported to the police – by calling 101.

If, after these checks, you are sure a vehicle is abandoned, you should report it to the council online at www.ealing.gov.uk/reportit so officers can double check it and also make sure nobody wants to claim it.