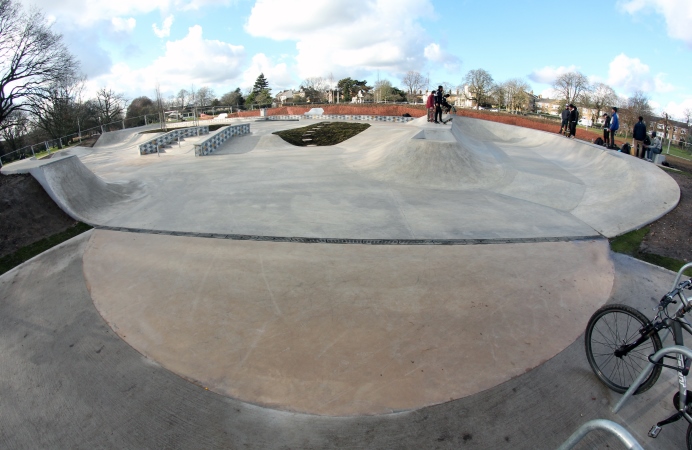 A year in stories: Part two

Here is the second quarter of our review of the past year of stories that have appeared on Ealing News Extra. Because we are reaching the end of 2019, we decided to look back on a few of the highlights.

There was plenty of excitement in April as Acton Skatepark opened in Acton Park. The council worked on the project with the Ealing Skate Association, the APPLE community group and other local people to create a high-quality, safe skatepark. It boasts open bowls perfect for skateboarding and BMXing, and the facilities are free to use. It follows the success of the council’s existing skate park next to Gurnell Leisure Centre.

As a consultation on the future of the borough’s libraries drew towards an end, we looked at how Ealing’s libraries were born more than 130 years ago thanks to local people wanting to do something good for their neighbours and fellow residents, something they achieved with support from the council of the time.

We revealed how the council had planted 9,000 trees over the course of the previous 12 months; we also looked at a proposed borough-wide PSPO ‘protection zone’; and we interviewed several bands preparing to appear at the upcoming Hanwell Hootie music festival – this included a chat with Keywest.

When May rolled around, a survey showed that Ealing residents were more likely to feel well, be happy with where they live and to be satisfied with the council than in other parts of the capital and the country.

Sensational performances by up-and-coming entertained thousands of music fans at the seventh Hanwell Hootie, which had 100 acts spread across 17 venues. Meanwhile, plaques were put up to commemorate mathmetician and computer pioneer Ada Lovelance; and to mark the 40th anniversary of the Southall riot, along with a vigil of remembrance and a march for unity.

An Elthorne Park student won the 2019 Alice Gross Memorial Song Writing Award, topping the list of talented entrants with her own song. And the results of the elections for the European Parliament were announced.

Meanwhile, impressive ants were revealed as the latest exhibit at Hanwell Zoo; pupils at Fielding Primary in West Ealing showed how children can lead the way when it comes to bright ideas about helping local schools to recycle more; and a group of residents in Hanwell showed how people can come together to keep green spaces as clean as possible by organising regular litter picking and clear-ups targeting cans, bottles and any rubbish irresponsibly dropped in the area.

Awards came flooding in as June began. Kerry Shilling, headteacher of Selborne Primary School, was declared London’s headteacher of the year – and also headteacher of the year for the Ealing and Hillingdon area; and Hanwell Zoo won a national award for its work to help educate people about the conservation of wildlife. PESTS, a local charity offering vital help and support to families that have a child with a disability, also won an award for Outstanding Service to the Community. It works with the council.

The 100-year anniversary of the first flight across the Atlantic revealed an Ealing link to the incredible feat in 1919; it was announced that there were now more than 100 on-street electric vehicle charging points in place across the borough for cars; and Perivale Primary School was named as the 10th school in the borough to have a solar panel system installed through a scheme supporting schools to cut their carbon emissions and generate clean, green energy, saving money on their bills and teaching children about climate change, sustainability and renewable energy technologies.

Meanwhile, a council crackdown on housing fraud brought about a steep rise in the number of cases foiled, with the prevention of almost £1.3million of theft from the public purse in 2018/19 – a rise of £470,000 on the previous year.

The first quarter of the year’s review (January-March) can be found here.