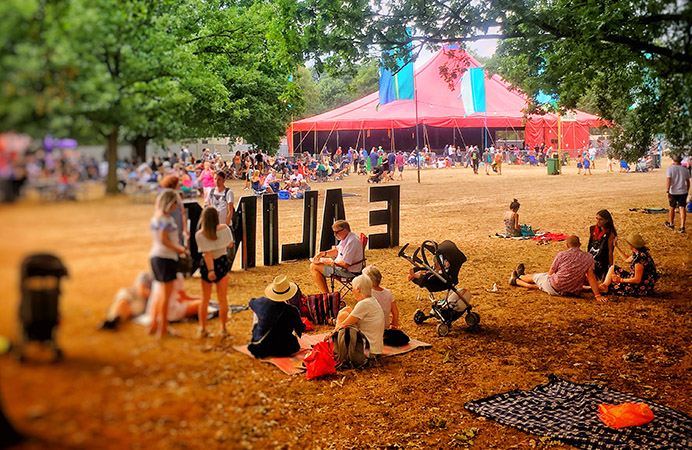 A year in stories: Part three

It is time to look at July, August and September in the third quarter of our review of the past year of stories that have appeared on Ealing News Extra. Because we are reaching the end of 2019, we decided to look back on a few of the highlights.

A group of students were commended by the police for a music video they made to talk about the problem of knife crime among young people and asking why it is glamourised; community groups stepped forward to offer to help run several of the borough’s libraries; and the winners of the 2019 Ealing Sports Awards were announced at a ceremony where special guests were the Sky Sports presenter Marcus Buckland and Alice Tai, a British parasport swimmer who has won medals at Paralympic, World and European levels.

New youth and community centres were opened at Acton Gardens; the council’s cabinet agreed to make changes to its draft children’s centres strategy following a consultation earlier in the year; drinking fountains were installed in several locations in the borough; free cycling lessons were being offered; a number of events were held to help keep local parks tidy and looking beautiful; and the people behind an acclaimed film about how a small club in Ealing helped shape early rock music into a global phenomenon asked for help in telling the whole world its story.

August began for us with a look at how the team behind the Ealing Half Marathon also goes the extra mile each year to inspire schoolchildren to stay active and healthy. Meanwhile, we revealed which projects had been backed in the latest round of the council’s Transform Your Space initiative; and we met an extraordinary couple Christine and Joe, who shared their lives with two women for two decades as part of a scheme that places adults who have additional needs with local families – either to live with them or to spend some regular time together.

Turner Prize-winning artist Anish Kapoor’s stunning exhibition continued at Pitzhanger Manor and Gallery; single mother Sam Smith is not your ‘typical’ construction apprentice, but she told us how she is ‘reaping the rewards’ of choosing a trades apprenticeship as a career path and thinks more women should follow her lead. Similarly, Syeda told us about how an apprenticeship is helping her to build a career in childcare.

We looked back at how children were evacuated 80 years ago as war broke out; we met the borough’s mayor, who told us about his background and his hopes for his year in office; we reported on specialist patrols dealing with fly-tipping; a new app was released for reporting problems spotted in the street; and we were told how tailored support packages had borne fruit for local businesses, by an entrepreneur and a patisserie.

Finding work can be difficult but there is help out there in the shape of the borough’s work clubs and, as one resident explained, it can change your life into the bargain.

A team of experts was helping the council to spend money in a smarter way; mental health ‘first aid’ was being supported in schools; and advice and support was made available for those EU citizens living in the borough who wanted to apply for settled status in the UK in advance of Brexit happening.

When September rolled around, we saw two court verdicts. Firsly, a safe zone outside a clinic was allowed to remain after an appeal was rejected; and secondly a nightclub and strip club shut down after an investigation by Ealing Council into the ‘detrimental impact’ it was having on residents’ quality of life.

Ealing Half Marathon returned; as did the now annual wildlife photography competition; free courses were offered to entrepreneurs; and potholes were to be tackled thanks to extra funding.

Visitors to Hanwell Zoo had a new ‘animal’ attraction to view over the summer months – a life-size African elephant with a difference – and a message; the Soundbite Festival in West Ealing highlighted World Car-Free Day – which was also celebrated with more than 20 ‘playstreets’ set up across the borough to make them traffic-free for a day of fun; Apple Day took place at Horsenden Hill Farm; and National Recycle Week took place.

Meanwhile, a scheme to help residents buy solar panels was proving successful at providing clean energy while lowering their bills; and in a preview of Black History Month we featured several fascinating talks due to take place.

Read the other parts of our review of the year