Home > A real gift pops up in Acton 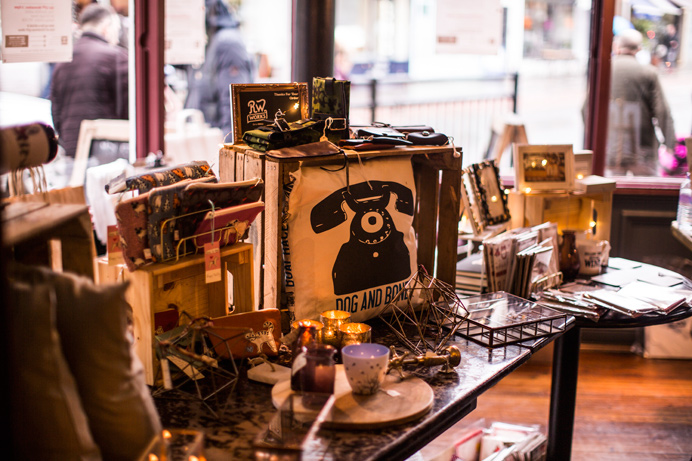 A real gift pops up in Acton

With Valentine’s Day approaching, and Mother’s Day on the horizon, you may discover the perfect gift can be found at a new pop-up shop in Acton High Street showcasing local goods, from truffles to textiles and from prints to jewellery.

An empty shop unit next to the George and Dragon pub (185 High Street, Acton W3 9DJ) is being taken over for six months thanks to a scheme led by Ealing Council to help local independent traders and entrepreneurs and attract shoppers to the high street. It was formerly the W3 Gallery and the council and pub have worked together to turn it into a functioning shop.

The Wonderland Collective will kick things off on Wednesday (8 February) for an eight-week stint until 2 April, following on from its successful time at the Ealing Christmas Market in the Broadway Shopping Centre. It brings together the best of local designers and other creative businesses.

Then, in May, a wedding dress designer and a gallery will take over. The council is still open to other local businesses interested in using the pop-up shop – email India Thomson for more information and an application form.

The pop-up shop is one of a number of initiatives forming part of the council’s Acton High Street Fund Programme, which is being paid for through the Mayor of London’s High Street Fund and New Homes Bonus.

What can I expect at The Wonderland Collective?

Customers will be able to peruse the likes of Catherine Colebrook’s textiles and ceramics, Tessa Galloway’s detailed London illustrations and Karin Akesson’s homewares and prints, as well as products from Katie Housley and TUTTI & Co.

Joining these talented designers is Ealing-based print maker Charlotte Berridge, who will be showcasing her west London designs with a focus on Chiswick and Ealing, incorporating their streets, parks, bridges and buildings. Charlotte is also creating her first Acton print for sale at the shop.

Mala & Bunga, an ever-changing collection of silver and gold jewellery, will add a sparkle to the pop-up, with products from the likes of Ashiana London, Anna & Nina, Rachel Jackson and Louise McLeod.

Meanwhile, for those with a sweet-tooth, Handmade in Ealing will be providing mouth-watering chocolates, truffles and other treats, all made by hand locally.

The first event will be on 23 February and feature former journalists Paola Tich and Mike Taylor from neighbourhood wine shop Park and Bridge, which won Time Out’s #LoveLondonAwards for Acton in 2016. They will be discussing ‘Turning your idea into a business’. Future events include a chocolate workshop by Handmade in Ealing and a social media masterclass from Ealing Mums in Business. You can get more details of events and find how to register to attend.