Home > Get ready to plug into the Home of Loud 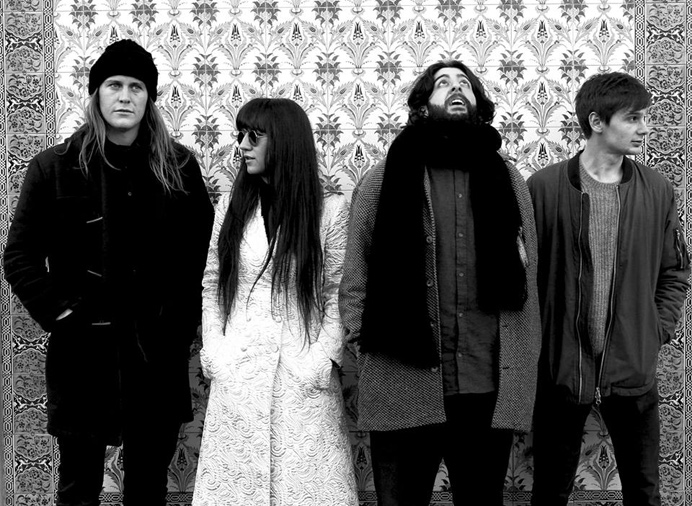 Get ready to plug into the Home of Loud

With the Hanwell Hootie now almost within hearing distance, the line-up of performers has been confirmed and the Home of Loud is ‘amping’ up for an excited wall of music fans.

It is the fourth year of the festival, and it will again take over many of the town’s pubs – but this time will also have a new ‘Igloo Village’ with a tent stage, plus food and drink.

We recently interviewed one of the organisers, Hanwell resident Andy McRobbie. And we caught up with him again as he and his team prepared for the big day on Saturday, 2 April.

Any of the confirmed bands you would pick out or highlight?

Wow, that’s a hard one. The line-up this year is so strong it is tough to pick out particular bands. Honestly, every single venue has phenomenal bands playing. The day after the last Hootie we began looking for new acts so it’s been a very thought out process indeed. We have a much more eclectic mix than we have in previous years: Funk, soul, metal, psychedelia, folk, hip hop…the list goes on.

But, if I had to pick two bands to watch out for it would be The Bullet Proof Bomb and Jingo [pictured above]. I first heard Bullet Proof Bomb from a mate who saw them at Reading Festival, and my ears pricked up when I then heard them mentioned on Radio 6 music. They have a real buzz about them and put on an amazing show. Jingo have played the Hootie before and keep on getting better and better. It is hard to define their sound but I would describe it as something along the lines of ‘aggressive art rock that girls can dance to.’

The two bands are playing at the same time so I am going to have to toss a coin for this one.

You will have your ‘busking bus’again this year for acts to play sets on. What a fun sideshow to have…

Yes, the busking bus is a really nice, little quirky sideshow to have. It is an old Routemaster bus, which will be fully equipped for people to turn up, plug in and play a few numbers. Reminds me of some memorable evenings on the N207. We have set up an email address, busking@hanwellhootie.co.uk, for people to get in touch to play. It is a first come, first served type of thing. The bus will be parked in the car park next to Tony’s Barbers, which is where the original Marshall shop was.

Tell us about the Igloo, your new venue

The Igloo is going to be a great addition to the festival. It is basically a giant blow up igloo that can hold up to around 300-350 people. This will be the focal point of our ‘Igloo Village’ which will have delicious street food stands and beer tents. It should be a great atmosphere inside the venue with local legends The Men They Couldn’t Hang headlining.

It all starts on the day with a 4pm ‘minute of loud’ at the Clock Tower in Hanwell. Why is that?

So, every year we have the kick-off event at the Clock Tower, which includes a minute of loud. This is basically a local boy or girl creating that famous Marshall crunch on a Marshall stack to commemorate the life of the Father of Loud himself. A very fitting tribute, I’m sure you will agree. There are also speeches from Jon Ellery, the managing director of Marshall Amps as well as local dignitaries and even some celebrities. In our first year Brian Poole of the Tremolos, a close friend of Jim Marshall’s, gave a speech. This year we have young local lads Charlie and Jake, who will be leading the loudness with the help of a drum kit. This is also fitting because Jim Marshall was a drummer.

More about the Hootie

The Hanwell Hootie is now run as a community interest company (CIC) and is backed by Ealing Council and Marshall Amplification, the global music brand which began in Hanwell. Local boy, the late Jim Marshall, set up in the town in the 1960s and served many of the big names on the rock scene.